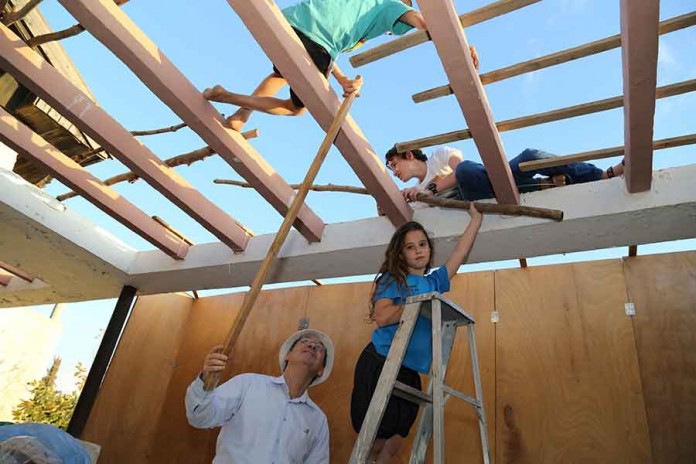 The Torah in Parshas Emor (Leviticus 23:40) in discussing Chag HaSukkos, refers to the mitzvah of the four minim [kinds]. “U’lekachtem lachem bayom ha’rishon pri etz hadar kapos temarim va’anaf etz avos v’arvei nachal u’semachtem lifnei Hashem Elokeichem shivas yomim. – And you shall take for yourselves on the first day the fruit of the hadar tree, branches of palm trees, and boughs of thick leaved trees, and willows of the brook.”

Our sages (Tractate Sukkah) teach us that these four different kinds are: the esrog; lulav; haddasim; and aravos.

Sukkos is the unique festival in that it has two different physical mitzvos that we perform to celebrate our being chosen by Hashem as his people. Now note the difference between these two. The first, the mitzvah of Sukkah, only states that we are to sit or dwell in the sukkah, while the second, the arba’ah minim – the four kinds; the esrog; lulav; haddasim; and the aravos, specifically requires that we are to take – lachem – for ourselves.

Not everyone is fortunate enough, especially those living in apartment houses to have a space for their own sukkah; and the Torah did not require that. However, the Torah does require that we dwell in the sukkah; whether it is that of another or a communal sukkah.

I heard from my father Reb Anshel Klass, z’l, and later from my uncle Horav Sholom Klass, zt”l, that their grandfather, my great grandfather [and namesake] Horav Yaakov Epstein, zt”l; when looking for an apartment would immediately run to the back window and look to see if their was sufficient room for a sukkah. He would remark that if one builds a beautiful sukkah to be used for that short time, then Hashem will grant him a beautiful home that he may enjoy the rest of the year.

Obviously, no one should ever put himself in a situation whereby fulfillment of a mitzvah becomes impossible. Thus, Chazal criticized men who sought to exempt themselves from wearing tztitzit simply by abstaining from wearing a four-cornered garment. Similarly, it would be wrong to willingly and frivolously to put oneself in the position of a “traveler” who would be exempt from sukkah requirements.

As such, we should ideally only reside in dwellings that facilitate the mitzvah of sukkah. Nonetheless, such a demand would almost preclude living in an urban environment in which apartment buildings abound. It is important then to remember that there is no mitzvah to build a sukkah; building is just a hechsher mitzvah, the preparatory act to dwelling in the sukkah, which is in fact the mitzvah.

Consequently, if a person who lived in a place without the ability to build a sukkah still had access to a communal sukkah, there would be no limitation on renting or buying such a domicile. The key is to have access to a sukkah. There is much to be said, though, about having a family sukkah, which enables us to fulfill the mitzvah in its entirety and creates lasting memories for children, grandchildren and guests.

But it would be wrong to rent a vacation house or apartment without access to a sukkah. Such is an unnecessary luxury, and the owner or renter would be affirmatively trying to avoid fulfillment of the mitzvah.

“Ratza HaKadosh Baruch Hu l’zakos es Yisrael l’fikach hirba lhem Torah umitzvos.” Hashem desires that His people constantly be in a position to do his will and serve Him, for this reason he gave us an abundance of mitzvos. Many of the mitzvos are there for us to fulfill on a constant basis and many are time specific, this is in order to give all Jews a chance to be engaged in His service as much as possible. The word mitzvah is related to the word tzeves which means “to attach or be together,” which is precisely Hashem’s intention, that we should live our lives being conscious of Him as it says in tehillim “shivisi Hashem l’negdi tamid.”

Our duty is to go along with this paradigm and seek out mitzvos as much as we can. As we know Moshe Rabbeinu pleaded with Hashem to enter Eretz Yisrael in order to draw even closer to Hashem through even more mitzvos. When a Yid has a chance to be in a place where he can do another mitzvah certainly he should make an effort to go there. If a gabbai tzedakah is approaching one should not try to avoid him, just the opposite is Hashem’s desire.

When considering a place to live the question of where he can be the best Jew possible should be the major factor. If the Yom Tov of Sukkos comes and it is difficult to get to a sukkah, how much will he find himself sitting in the sukkah? Of course many considerations go into finding a living place but one thing is for sure the mitzvah of sukkah must be taken into account. 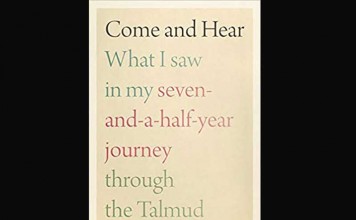