In a controversial decision early this week, the Israeli Supreme Court ruled 8-1 that purported Reform and Conservative conversions performed in Israel must be recognized under the automatic citizenship provisions of the Israeli Law Of Return.

Till now, only Orthodox conversions in Israel qualified under that law, although non-Orthodox versions performed outside of Israel qualified pursuant to a 1988 High Court ruling. It is deplorable that not only did the court miss an opportunity to reinforce the authentic Jewishness of the Jewish state by rolling back that unfortunate ruling; it decided to actually extend it.


But it’s not only the substance here that rankles. Monday’s ruling came in a case filed 15 years ago by the Reform and Conservative movements. The court acknowledged in its decision that it was the job of the Knesset to resolve the issue of convert qualification under the Law of Return; however, it said, since the Knesset had not acted, the court was stepping in.

Indeed, the court also said that its ruling only applied as long as the Knesset did not pass a law explicitly denying the Jewishness of non-Orthodox converts, which the charedi parties have now promised to do.

It is not usually the case that a court so freely admits to having encroached on legislative prerogatives. Indeed, the court tried to preemptively blunt the anticipated criticism by asserting that the ruling had no religious implications and only dealt with the secular law questions of the right to obtain citizenship.

But the justices are fooling no one with their sleight of hand legerdemain. The Knesset should act quickly to reverse this latest decision and all those that came before it that dilute the notion of a truly Jewish state. 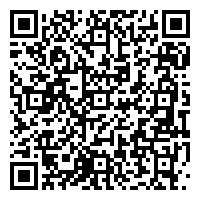