Last week we urged readers to support Governor Mitt Romney for president. Essentially we argued that Mr. Romney seems to be someone who can be relied on to nurture and enhance the special, decades-old U.S.-Israel relationship.


On the other hand, once freed from the dynamic of the American electoral process, President Obama, we fear, could well revert to his original stated position that “When there is no daylight [between the U.S. and Israel]…that erodes our credibility with the Arab world.”

For that reason, and because of the continued weak state of our economy, Mr. Romney is the preferred candidate.

In the race for the Senate in Massachusetts, we endorse Scott Brown (R) for reelection. He is a stalwart supporter of Israel and distinguished himself with regard to the Goldstone Report, calling attention to the deplorable human rights records of Israel’s enemies and urging severe and effective sanctions against Iran. In the Senate race in Wisconsin we support former governor Tommy Thompson (R). Thompson has long been vocal about his support of the Jewish state and has called for serious sanctions against Iran in order to thwart its nuclear program. Meanwhile, Thompson’s opponent voted as a congresswoman against the four major sanctions-expansion bills from 2006 to 2011. In the Ohio Senate race we endorse Josh Mandel (R), who in his currently position as state treasurer authored a law providing for the divestment of state pension funds from companies doing business with Iran and has been vocal in his support for an undivided Jerusalem and the right of Jews to build homes anywhere in that city.

Grace Meng, 6th CD (Queens) deserves the support of Jewish voters. She is a vocal proponent of a strong Israel and will be a reliable friend in Washington. Though she is not prepared to completely dismiss President Obama’s record on Israel, she straightforwardly says he could have done more and been a better friend to the Jewish state and that she has problems with his “’67 lines” formulation. Hakeem Jeffries, 8th CD (Brooklyn, parts of Queens), in his interview with The Jewish Press editorial board, displayed a deep interest in foreign affairs and a keen understanding of Israel’s need for an undivided Jerusalem as its capital and why a return to the ’67 lines is not an option. He would be a valuable asset in Congress. Yvette D. Clarke, 9th CD (Brooklyn), has developed her views on the Middle East and has become a stalwart voice for accommodating Israel’s needs in Congress. Jerry Nadler, 10th CD (parts of Brooklyn and Manhattan) has always been there for Israel and the special needs of the Jewish community and is an important congressional presence. Elliot Engel, 16th CD (Bronx) has always been a staunch and key advocate in Congress for Israel and the Jewish community. In the congressional race in the 9th CD (Englewood, NJ) Rabbi Shmuley Boteach gets our support. Though he has gained notoriety as a celebrity rabbi, he possesses a formidable intellect and a deep grasp of a wide range of issues. There can be no doubt that when it will come to dealing with matters of concern to our community, he will be there for us.

Assemblyman Peter Abbate, 49th AD (Brooklyn), has delivered crucial services to the Jewish community in his district, including funding for senior centers and social services organizations. He has also been a leading advocate for giving rabbinical students access to the Tuition Assistance Program and has received an Outstanding Legislator award from the Metropolitan Council on Jewish Poverty. Assemblyman Alec Brook-Krasny, 46th AD (Brooklyn), has more than earned reelection. He is the first Russian immigrant to serve in the Assembly and has been a great friend to the Jewish community in his district, helping to found the Council of Jewish Émigré Community Organizations, which has been a crucial resource for immigrant families. He has also supported programs that have lowered the cost of prescription drugs and helped toughen penalties for criminals who victimize the elderly. Assemblyman Steven Cymbrowitz, 45th AD (Brooklyn), has long been a strong voice for us and a staunch advocate for Jewish social service organizations that provide legal and financial services and help feed the hungry. The son of survivors, he has been a leader in educating children about the horrors of the Holocaust and has been a great friend to survivors and their families. Assemblyman Charles Lavine, 13th AD (Nassau County), is president of the New York Chapter of the National Association of Jewish Legislators. He has been a great friend to the Jewish community in his district and across the state on a variety of issues. A strong supporter of Israel, he helped lead the fight to pass New York’s Iran divestment law. Assemblywoman Catherine Nolan, 37th AD (Queens), is the chair of the Assembly’s Education Committee and is one of the state’s leading advocates for children, the elderly and the infirm. 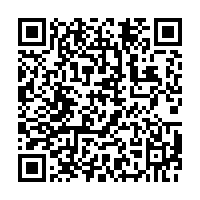