Given the last four years of non-stop efforts by Congressional Democrats and the media to delegitimize President Trump’s presidency and drive him out of office, it’s hard to understand what part some people don’t get about Mr. Trump’s and his supporters’ skepticism and suspicion about the notion of a Trump electoral defeat.

Trump supporters surely have enough reason to ruminate about the possibility of a stolen election, especially when the voting results are so close. In fact, as we see things, if we are to move past the political division and paralysis of the recent past, we would do well to let the political system play itself out and follow its own dynamic. Nothing else can lead to the transparency required for legitimacy and acceptance.


Have we already forgotten about the relentless anti-Trump media hype? The flimsy predicate for the Muller investigation? The packing the Mueller team with anti-Trump partisans? The astonishing e-mail confirmation of a vibrant, anti-Trump “deep state” FBI cabal?

The actual sworn testimony of every Schiff witness that they never saw any evidence of Russia-Trump campaign collusion despite what the leaks suggested they had said. You know, folks like former Obama National Security Adviser Susan Rice and former CIA head John Brennan who would be expected to be in the know.

And what about the Democrats’ hyper-partisan reading of that Trump-Ukrainian president phone call? Or the unprecedented Democrat-only impeachment of President Trump? All embraced and trumpeted by the media.

Then there was the media’s relentless downplaying or outright suppression of favorable reports on booming economic growth, job creation, and other successes on President Trump’s watch – like the Israel-United Arab Emirates-Middle East breakthrough. Was the across-the-board media emphasis on “Well, you know the UAE has never fought a war with Israel, so what’s the big deal?” really unbiased?

On the other hand, negative Biden information barely made the news. Just check the New York Times, Washington Post, and social media in the two to three weeks before the elections for anything about the seemingly corroborated corruption allegations against Biden that surfaced.

Nor was Democratic animosity limited to Trump himself. His sharp departures from established policies made him the symbol of the abandonment of liberal approaches to problem-solving they had long feared. Thus, not only did Trump have to go but also what he stood for. So within weeks of the elections, we started to hear from Democratic leaders that if they retain control of the House of Representatives, win the presidency. and gain a majority in the Senate, they would, in the words of Senator Chuck Schumer, “change America.”

What they had in mind soon became clear. They would “pack” the U.S. Supreme Court by adding to its nine-member complement in order to ensure a liberal majority that would be the guarantor of their liberal agenda. They would also eliminate the filibuster rule in the Senate which allows the minority party to have some say about what does or does not become law.

To be sure, this talk followed a disagreement over whether Trump’s choice nominee for a Supreme Court seat should be confirmed by the Senate so close to the election. Yet, the Constitution clearly grants a president the power to choose a nominee for the high court as long as he is in office. Plainly, to insist, as the Democrats did, that such action not be taken, is to render the Constitution subservient to a political agenda.

Let’s also not forget that the two legislative successes President Barack Obama celebrates as his legacy achievements were Obamacare and the Iran nuclear deal. Significantly, both were adopted by the Congress only after the sharpest connivance and legislative legerdemain seen in Washington in many years.

So all things considered – and when you add in the many reports of mail-in voting fraud and election shenanigans of all sorts (is there a reason Republican poll watchers in Pennsylvania were barred from watching) – why should anyone be surprised that President Trump and his supporters fear that they face “whatever it takes/no holds barred” adversaries and that resort to the courts is their only option?

In reality, though, they are acting for all of us who wish to get past some of the division that has overtaken us at this point in our history. 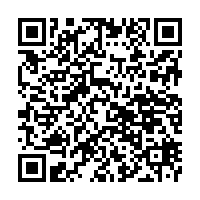