The announcement by U.S. Attorney General Merrick Garland last week that the FBI would monitor what he described as “a disturbing spike in harassment, intimidation, and threats of violence against school administrators, board members, teachers and staff” should alarm all Americans. He was referring of course to some of the protests parents were mounting against local school boards that were developing curricula embracing transgender ideology, critical race theory and other items on the “woke” agenda.

In a memo to federal prosecutors and FBI Director Christopher Wray, Garland said: “While spirited debate about policy matters is protected under our Constitution, that protection does not extend to threats of violence or efforts to intimidate individuals based on their views. Threats against public servants are not only illegal, they run counter to our nation’s core values.”


The problem is that the claims of violence are only accusations made by the National School Boards Association – a notoriously left-leaning group. Moreover, there were no claims that local law enforcement was either unable or unwilling to deal with any problems. Yet evidence of actual violence and failure of local law enforcement to act are the standard triggers of federal involvement.

So AG Garland’s excess should fool no one. His announcement of federal oversight based only on the untested urgings of the NSBA seems to us to be simply designed as a message to concerned parents to stay away from schools board meetings even as the latter plan their children’s education in ways with which they strongly disagree.

Some will call use of federal power to intimidate parents – without ever having to prove that any laws were ever violated – as diabolical. We would also call it unprecedented. At any event, it seems to us that some ambitious ideologues now have the ear of the president. 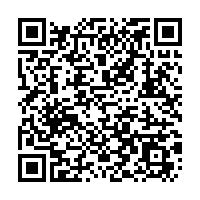