Now that the Democrats have a clear majority in the New York State Senate, they have moved fast to pass many socially progressive bills that had long stalled in the legislature while the Republicans were in control. On Tuesday, the legislature passed both the Gender Expression Non-Discrimination Act and a bill banning conversion therapy (see the Dispatch From The Culture War Front column on page 21).

Likewise, it is likely that there are now enough votes to pass the Child Victims Act, legislation extending the statue of limitations for legal actions based upon allegations of childhood sex abuse.


Under the current law in New York, both criminal and civil sex abuse cases cannot be brought after age 23. Some versions of the legislation that may be passed would generally set age 28 as the cut off to press criminal charges and age 50 for bringing civil cases.

The bill would also open up a one-year window for all past victims of child sexual abuse to file a civil claim, no matter how long ago it was.

Proposals for such legislation have been around for at least a decade and were drafted to deal with the special problem of repression that often face sexual abuse victims. Many studies had concluded that some victims are unable to come to grips with and understand what happened to them until years after the fact. Yet the legislation languished because of evidentiary concerns: memories fade, what exactly occurred, if anything, could not be clear in the accuser’s mind. Moreover, the ability of an accused to defend himself and gather evidence would obviously be undermined.

Thus, if the bill passes, anyone can bring a lawsuit, even an unfounded one. But the mechanisms of the court systems are such that an accused must defend against allegations. That, of course, requires a lawyer, which is generally quite expensive for these kinds of cases, or the defendant would effectively be deemed guilty. Without insurance to fight this, which most institutions don’t have, yeshivas would be financially destroyed, regardless of the outcome of the case. Attorneys for plaintiffs would likely take on such cases on a contingency basis, counting on schools to cave early on, and accept a quick settlement, even after simply receiving a lawyer’s letter.

Nobody condones abusing children – and we mean nobody. Whenever it happens – to any child, Jewish or not – it is a deplorable and horrific affront to everything we as a Torah-abiding community hold sacred. And community members must do everything in their power to prevent sexual, physical and psychological abuse of children, no matter who the perpetrator is. People should go to the secular authorities so they can prosecute those who dare harm our littlest ones.

We can and do advocate for a dozen sensible things to do to help victims of sexual abuse. And we would be happy for legislators to seek input from community leaders as to how the legislation can be improved. But we cannot endorse the Child Victims Act as it is currently being drafted. It puts the survival of our entire educational enterprise at existential risk. 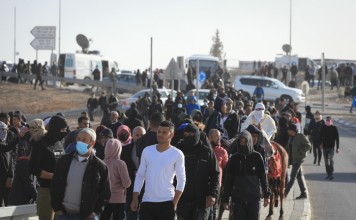