The media seems to be fixated on every word that comes out of newly minted Queens Democratic Congresswoman Alexandria Ocasio-Cortez’s mouth. Indeed, she is the youngest-ever female congresswoman and she has drawn attention to herself with some dismaying comments about Israel and the Middle East, as well as some extravagant economic ideas about spreading the wealth.

In fact, in her short period of time in public life she has already emerged as one of the leading lights of the hard left-wing of the Democratic Party, increasingly displacing the veteran Sen. Bernie Sanders. However, while she may well be destined to rise to the head of the American socialist class, New York State’s governor Andrew Cuomo and New York City’s Mayor Bill De Blasio have now taken center stage, at least for the moment, with somewhat different, but fundamentally similar progressive messages.


In his inaugural address heralding his third term as governor of New York, Cuomo signaled that he would lead New York and New York would lead the nation with the “most progressive agenda this state has ever seen, period.”

Asserting that “America’s only threat is from within,” he said,

We will make history, and New York will move forward, not by building a wall… but by building new bridges, and building new airports and creating new middle class jobs and an economic future for the next generation and showing how good we can be at all of this when we are together….

People’s frustration’s turning to fear and the fear’s turning to anger and the anger’s turning to division. It is impossible to overstate how dangerous, how malignant this condition is. The threat is when we see ourselves as black or white, foreign or native born, instead of as Americans. That, my friends is truly frightening.

Thus, Cuomo delivered a clever broadside. He dismissed as wholly unnecessary and politically divisive President Trump’s efforts to limit illegal immigration – which happens to have a disproportionately negative impact on non-white people. What seems to be totally lost on the governor is that unlimited and unchecked immigration, irrespective of any racial or ethnic makeup, is anathema to the notion of a sovereign America.

De Blasio was a lot less subtle and conflated racially-neutral Trump policies with intentional discrimination. Thus, in his sixth State of the City address last week he said:

This country has spent decades taking from working people and giving to the 1 percent. This city has spent the last five years doing it the other way around. We give back to working people the prosperity they have earned…. I think there’s a socialistic impulse, which I her every day, in every kind of community, that they would like things to be planned in accordance with their needs….

Look if I had my druthers, the city government would determine every single plot of land, how development would proceed…. [People] would love to have very, very powerful government, including a federal government, I involved in directly addressing their day-to-day reality.

Ocasio-Cortez will have to wait her turn, but if more of this stuff continues to be peddled by the governor and the mayor, she may have a well-trodden path to follow. 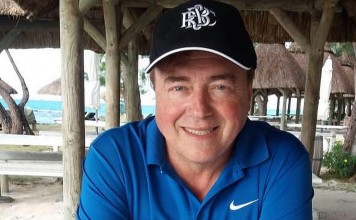 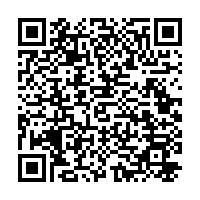