We were dismayed by the news out of the Department of Justice, which had determined that it would not charge ex-FBI Deputy Director Andrew McCabe for lying to the FBI about leaking information to the press. Although we necessarily must go only by what is on the public record and do not know the contents of the full investigative file, the Inspector General of the DOJ found that he “lacked candor” – read “he lied” – when responding under oath to FBI questions on a significant issue. Surely the use of this euphemism harks back to the pass James Comey gave Hillary Clinton who was clearly shown to have lied to Congress at least three times by then Congressman Trey Gowdy.

Compare this to the zealous pursuit of charges against General Michael Flynn for making a false statement to investigators when even the FBI interviewers said they didn’t think he intentionally misled them. Compare also to the treatment of George Papadopoulos who was convicted of making a trivial false statement about the date of a meeting.

This is not just about a possible double standard in play. It is also very much about President Trump’s expressed concern that individuals were singled out for harsh treatment as a way of discrediting him through the magnification of otherwise pedestrian infractions. Maybe by objective standards McCabe shouldn’t be prosecuted, even though it certainly seems he should be. But absent what Trump has termed a “witch hunt” with its draconian efforts to turn witnesses, perhaps these trump allies wouldn’t have been pursued the way they were.

So while some may be uncomfortable with the picture being painted of a partisan President intervening in the criminal justice system – and we fully understand Attorney General Barr’s dilemma here – there is a definite logic to the Trump tweets. Wasn’t the pardon power given to a president precisely in order to correct what he perceives as injustice?

Let’s not go along, willy-nilly, with the latest arrow in the quiver of those wishing to drive Trump from office. 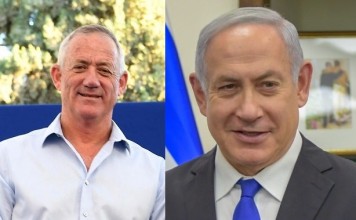