In his article last week, “Your Rabbi Is Not Superman,” Rabbi Moshe Meir Weiss recalls two people who criticized him – one because he didn’t properly vowelize certain pesukim from Nach quoted in the Gemara and another because he employed a vowelized Gemara on another occasion.

Rabbi Weiss uses their criticism as an example of congregants expecting too much from their rabbi. I disagree. I think they merely demonstrate that there are self-righteous shmendricks in every crowd.

Three weeks ago, Professor Stephen H. Norwood wrote a letter trying to discredit the Socialist Workers Party’s uncompromising opposition to Jew hatred that I expressed in a statement printed in this newspaper.

He does so by defaming a book that my statement called an essential account of the causes of Jew hatred in the imperialist epoch: The Jewish Question: A Marxist Interpretation by Abram Leon.

Leon, a fighter in underground workers committees in Belgium during the Nazi occupation, completed the book under murderous conditions. He was arrested in 1944, sent to Auschwitz, and executed in the gas chambers at age 26.

Professor Norwood differs with Leon’s explanation that Jew hatred is rooted in class society and, as the past century proves, has reached its peak of savagery under capitalism and imperialism. That’s fine. But smearing the book as a “pernicious anti-Semitic tract” is demagogy, pure and simple.

By distorting Leon’s views, Norwood disarms opponents of Jew hatred. He aims to discourage them from reading how rulers use anti-Semitism at times of deep social crisis to scapegoat Jews and to divert attention from the real cause of misery and war for hundreds of millions – capitalism’s dog-eat-dog operations and values.

Worse, Norwood writes off the historic place of the working class in the battle to end Jew hatred of all kinds. It is the working class that can and will lead broad layers of the population to fight alongside Jews against anti-Semitic acts and put an end to capitalism, the source of outrages against Jews, once and for all.

Read the book and make up your own mind! It’s available on pathfinderpress.com.

The annexation of liberated Jewish land should not be delayed or linked to any so-called peace plan. Our deed is the Bible. The economic Band-aid proposed by President Trump and its approval by both Israeli candidates for prime minister are irrelevant.

The president is a good, honest friend of Israel and the Jewish people. But he is not G-d, nor does he have the authority to dictate economic and political policy on a religious issue. On this point, Jews and Arabs agree, as opponents to the plan on both sides voice their rejection with theological arguments.

Seven Arab nations tried to wipe Israel off the map five times. G-d blessed us with miraculous victories and opportunities to extend Jewish sovereignty over more and more of the Holy Land.

Our victories and our right to annexation come from G-d, not from President Trump, and we don’t need approval of defeated Arab peoples who tried to annihilate us. If they had won even one of their wars against us, what size of a Jewish state would they be offering us today?

The annexation of territories delineated in the Trump plan represent a step forward only if it isn’t linked to an agreement to voluntarily forfeit future Jewish claims to the still un-annexed lands liberated in the Six-Day War.

Do the Right Thing

The other week, The Jewish Press published an op-ed and several letters to the editor arguing that New York Jews must register as Democrats.

I find it surprising that so many are willing to sacrifice their principles in the name of pragmatism. What do the Democrats have to do for us to say that the label “Democrat” is treif? The party already avidly supports killing babies till the minute of birth, euthanasia, transgenderism, and gay marriage. What more does it have to do? Is there any point at which people like Chaskel Bennett will say, “I can’t in good conscience register as a Democrat”?

As a matter of principle, registering as a Democrat in 2020 is just wrong. But let’s also play out – as a pragmatic matter – what would happen if frum Jews registered as Republicans. First, the Republican Party would get a booster shot. Hundreds of thousands of new voters would inject badly-needed energy into the party and perhaps revive it.

Second, more radical Democrats would win Democratic primaries. Terrible? Yes, in the short term. But think about how moderate Democrats would react once people like Ilhan Omar and Rashida Tlaib take over their party. Many would abandon ship and start voting for, and registering as, Republicans. In other words, letting the radicals win could spell the party’s doom – which would be wonderful.

So let’s not overthink things. G-d runs the world. We just have to do what’s right.

We should be grateful that Ehud Olmert was ejected from office after three years as Israel’s prime minister. The peace plan he offered Abbas 15 years ago would have resulted in a Palestinian state with its capital in Jerusalem, 94 percent of the West Bank in Palestinian hands, the evacuation of selected Israeli settlements, and the turnover of religious sites to an international force.

Now out of office and no longer an important player in Israel, Olmert has joined with Mahmoud Abbas in rejecting the Trump peace plan, probably still favoring the overly generous peace plan he offered Abbas – fortunately rejected by Abbas.

A word of advice to Olmert: Stay out of the Trump peace plan. Your alliance with Abbas is a disgrace.

In his article about women learning Gemara two weeks ago, Rabbi Shlomo Zuckier neglected to mention that Bruriah – who studied Torah SheBaal Peh despite Rabbi Eliezer’s statement that it is “tiflus” (sexual impropriety) for women to study – ended up committing sexual impropriety at the end of her life.

President Trump understands that school choice is essential to improving education and that pushing proposals such as Education Freedom Scholarships (EFS) is smart politics, especially when potential rivals such as Elizabeth Warren have adopted aggressive anti-choice platforms.

We must rescue our children! Under Trump’s EFS proposal, taxpayers could make voluntary contributions to organizations, approved by the states, that would hand out scholarships to students for a variety of educational options.

Recent polling data show that overwhelming majorities of Americans, especially in minority communities, want school choice. And so far, 18 states have adopted voucher programs like the one Trump is proposing.

“The next step forward in building an inclusive society is making sure that every young American gets a great education and the opportunity to achieve the American Dream,” Trump said. Lets hope Trump succeeds in giving them this dream. 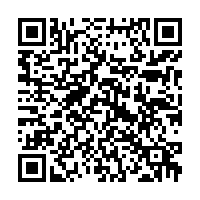