The release of the Department of Justice Inspector General’s report on Monday and the articles of impeachment charging President Trump on Tuesday present a fascinating contrast, offering strikingly differing theories of public accountability.

Although the IG Report, over 476 pages, identifies and discusses “at least 17 significant errors or omissions” in how the FBI proceeded with its probe of the Trump campaign – which have prompted FBI Director Christopher Wray to announce plans to take 40 corrective measures – it also reports that the IG “did not find documentary or testimonial evidence that political bias or improper motivation influenced decisions to open the four individual investigations.”


This, notwithstanding the fact that the report also details how “FBI officials at every level” agreed that the infamous Steele Dossier – which played an important part in the investigations – was unreliable, connected to Russia, and known to have been commissioned by the Clinton campaign. Significantly, it also concluded that while the FBI had an “authorized purpose” for launching the investigations, the standards for doing so were very low.

So, in sum, despite the pile of evidence that records a series of significant departures from established procedures, the IG was not prepared to make the leap of attributing them to some common motivation – let alone a political one. Even the fact that the FBI declined to start an investigation of the Clinton campaign based on substantially the same evidence and subject to the same low standard for initiating one didn’t seriously prompt the thought of anything other than happenstance as being in play.

Fast forward to the impeachment resolution. It contains two articles of impeachment charging President Trump with abuse of power for “soliciting the government of Ukraine to publicly announce investigations that would benefit his reelection” and seeking “to pressure the Government of Ukraine to take these steps by conditioning official United States acts significant value on its pubic announcement of the investigations.”

The resolution also charges Mr. Trump with obstruction of Congress by directing the Executive Branch “to defy lawful subpoenas” seeking testimony and documents relating to its Ukrainian probe.

Yet, there has been no direct, compelling evidence of President Trump’s having pressured the Ukrainians, and the lawfulness of the various Congressional subpoenas has never been definitively passed upon by the courts. Indeed, President Trump has presented a plainly arguable alternative to the Democratic interpretation of the Ukrainian episode, based on the transcript of the actual discussion complained of. The Democratic take is at best ambiguous. And a president has the constitutional right to invoke executive privilege vis-à-vis Congress with the appropriateness of this move to be determined by the courts.

Congressional Democrats, however, have nonetheless concluded that President Trump engaged in actionable wrongdoing and must be removed from office.

Maybe the Durham investigation will change things. But for now, President Trump just can’t seem to catch a break. 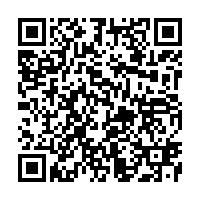