We are happy to note that both the New York State Assembly and Senate have agreed on legislation setting April 19, 2016 (instead of the originally planned April 26) as presidential primary day in New York. The change avoids a conflict with Chol HaMoed Pesach when many Jewish voters are away from home with extended family or at out-of-state hotels.

As we noted last week, Lower East Side Assemblyman Sheldon Silver spearheaded opposition to the April 26 date. Seventy-one members of the Assembly, including Glen Cove Assemblyman Chuck Lavine, who heads the New York chapter of the National Association of Jewish Legislators, joined in the effort to secure a majority to protect the rights of Jewish voters.


“As a New Yorker and a legislator who represents a diverse district with a significant Jewish population it is very important to me that all voters have the opportunity to express their right to vote,” said Assemblyman Silver.

We applaud all those who contributed to this important accommodation of our community’s needs. 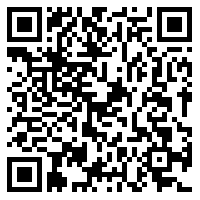