Drexel University in Philadelphia, Pennsylvania bestowed an honorary degree on one of the U.S.’s most infamous anti-Israel, anti-American public figures this month. And on her Facebook page, the Hillel rabbi at Drexel posted a picture of herself with Chomsky and Drexel’s president at the ceremony.

“A representative of the Jewish community should probably not be in a photo op with him,” said one former Hillel student. “It is a bit disturbing that a figurehead of the Jewish community would allow herself to be next to him, and I wouldn’t be surprised if some students felt alienated and more hesitant to be involved in the organization after seeing such a photo.”

Chomsky is one of the best known and most outspoken American critics of Israel. He has called the Jewish State such a consistent and extreme violator of human rights “that you hardly have to argue about it.” For that reason, he claims, U.S. military aid to Israel is in direct violation of U.S. Law. He also contends that peace proposals made by Hamas have been more “forthcoming” and sound than any proposed by Israel.

At least Chomsky rejects (sometimes) the claim that Israel is an Apartheid state. But that’s because he thinks Apartheid is too gentle a term for Israel’s treatment of Palestinian Arabs.

“To call it apartheid is a gift to Israel, at least if by ‘apartheid’ you mean South African-style apartheid. What’s happening in the Occupied Territories is much worse,” Chomsky said in an interview last year. Chomsky said that the relationship between Israel and the Palestinian Arabs is totally different than that of South African whites to blacks. He said that the “South African Nationalists needed the black population. That was their workforce. … The Israeli relationship to the Palestinians in the Occupied Territories is totally different. They just don’t want them. They want them out, or at least in prison.”

Although he is distressed that the BDS (Boycott of, Divestment from and Sanctions against Israel) Movement has not yet been successful, he is very supportive of it.

Perhaps that is why it was so extraordinary to see a Hillel rabbi providing what would appear to be tantamount official support for Drexel’s decision to honor Chomsky.

At the ceremony at which Chomsky received his honorary degree, de Koninck, wearing an academic gown, posed with Chomsky and Drexel President John A. Fry. De Koninck’s official status as Hillel director and rabbi could be seen by the university as the official Jewish imprimatur for its awarding the honor to Chomsky.

De Koninck posted the picture on her Facebook page, underneath which she wrote: “That’s me with Chomsky and President Fry!”

In addition to being virulently opposed to Israel, Chomsky is also extremely harsh in his denunciations of the United States. For example, he publicly stated that the 9/11 attacks on America were not any worse than President Clinton’s use of cruise missiles against Sudan in retaliation for bombings in Nairobi.

Chomsky also denied there was proof of Osama bin Laden’s involvement in the 9/11 attacks, and said the U.S. attack on bin Laden’s compound in Pakistan would justify a retaliation scenario in which “Iraqi commandos landed at George W. Bush’s compound, assassinated him, and dumped his body in the Atlantic.” 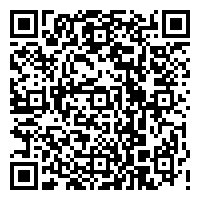