The Jewish Press joins in mourning the death of Rabbi Eliezer Waldman, founder of the Hesder Yeshvat Nir Kiryat Arba and its rosh yeshiva for more than 50 years. An accomplished and highly respected Torah scholar, he was a leading rabbi of the national-religious movement. A foremost student and follower of the revered Rav Zvi Yehuda Kook, zt”l, he was an acknowledged authority on his teachings.

Rabbi Waldman was in the forefront of the Jewish settler movement in Judea and Samaria. He was one of the founders of the Jewish communities in Hebron and the Kiryat Arba settlement. He was celebrated for having moved with his family – together with Rabbi Moshe Levenger and his family – into an IDF administrative building in Hebron just before Pesach in 1968 and refusing to leave permission was granted them to restore a significant Jewish presence there. Their decisive action came a bare nine months after the city was taken by the IDF from Jordan in the Six-Day War, and is credited with changing the course of post-1967 Israeli history.


As the deeply religious and devoted leader of the settlement movement in Judea and Samaria, he both informed and epitomized its core religious mission. 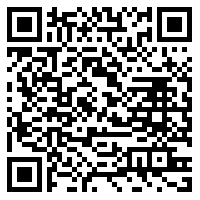