Democratic Presidential aspirant Beto O’Rourke recently proposed that churches that oppose same-sex marriage should have to pay various taxes from which they are currently exempt (as are other charitable organizations).

Ironically, O’Rourke’s comment was promptly followed by a speech by U.S. Attorney General Bill Barr at Notre Dame Law School in which he pointed to religious liberty as promoting fundamental truths that have led to enduring stability and orderliness in our American democracy and should therefore be allowed to flourish.


For O’Rourke and many on the political left, however, there are no absolutes, and as new social values evolve, they must not only be welcomed but enforced by law so as to clear away “outmoded” ideas. The O’Rourke view epitomizes what Barr termed the “assault of the militant secularists.”

We found several of Barr’s points about the new secular morality rather profound. While religion stresses personal responsibility, he said, secularists advocate the alleviation of “bad consequences.” Thus:

the reaction to growing illegitimacy is not sexual responsibility, but abortion. The reaction to drug addiction is safe injection sites, the solution to the breakdown of the family is for the state to set itself up as an ersatz husband for the single mother and an ersatz father for the children. The call comes for more and more social programs to deal with the wreckage – and while we think we’re solving problems, we are underwriting them.

New York Times Paul Krugman, a leading leftist light and longtime Times opinion columnist, claimed that Barr’s was “the language of witch hunts and pogroms.” He actually went on to decry the “inappropriateness” of Barr having spoken the way he did in astounding terms:

The Constitution guarantees freedom of religion; the nation’s chief law enforcement officer has no business denouncing those who exercise that freedom by choosing not to endorse any religion…. Nonetheless, William Barr – again the nation’s chief law enforcement officer, responsible for defending the Constitution – is sounding remarkably like America’s most unhinged religious zealots, the kind of people who insist that we keep experiencing mass murder because schools teach the theory of evolution. Guns don’t kill people – Darwin kills people!

Nonsense. Far from preaching religious zealotry, Barr was advocating an appreciation and retention of what has served us well in this country for 250 years. Put another way, we should not go along with the Krugmans of the world who would automatically discard religious freedom in the name of accommodating new notions of sexuality and gender identification when they are in conflict.

In making his argument, Barr pointedly referred to the introduction of legislation in several states and decisions by local school boards that mandate the inclusion of instructional materials related to gender, gender identity, gender expression, and sexual orientation in public school curricula, but which make no provision permitting parents to exempt their children from this instruction. This trend shows no sign of being reversed and we wonder what it bodes for religious schools.

Barr concluded his remarks by observing that education “is not vocational training.” Rather: “It is leading our children to the recognition that there is truth and helping them develop the faculties to discern and love the truth and the discipline to live by it. We cannot have a moral renaissance unless we succeed in passing to the next generation our faith and values in full vigor.” 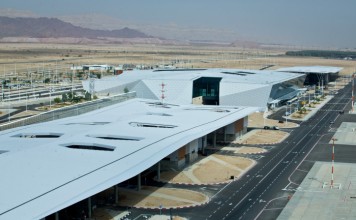