A bill introduced in the New York State Assembly scheduling the 2016 presidential primary elections for Tuesday, April 26, is causing a stir.

April 26 will be one of the Chol HaMoed (intermediate) days of Passover next year. Typically, many Jewish families spend Passover away from home, either with extended family or at hotels, and so many voters will not be able to participate in the primaries.


Since the legislature is in the waning hours of the 2015 session, there is fear the legislation may slip through, according to Assemblyman Sheldon Silver, who is spearheading opposition to the measure. Silver says legislative proposals scheduling elections on days coinciding with Jewish religious holidays have been successfully blocked in the past. He says government should be in the business of seeking ways to include citizens in the voting process, not to exclude them.

This ill-advised legislative proposal should be quickly rejected. 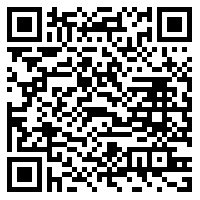