Last week Israel’s Military Advocate General released a detailed report on its internal investigations into the conduct of the IDF in last summer’s Operation Defensive Edge, finding that neither Israeli nor international law was broken.

The report came in advance of what is expected to be a highly critical report by the UN Human Rights Council. Inasmuch as the UN report is expected to trigger a full court press for formal UN war crimes charges and official sanctions, the role of the Obama administration looms very large. And there is cause for concern.


Following Prime Minister Netanyahu’s reelection in March, the administration reacted to his election eve vow that there would be no Palestinian state on his watch (he subsequently said he “want[s] a sustainable, peaceful two-state solution”) by making some veiled threats about future U.S. policy regarding Israel at the UN.

Steps that the United States has taken at the United Nation had been predicated on this idea that the two-state solution is the best outcome. Now our ally in these talks has said that they are no longer committed to that solution. That means we need to reevaluate our position in this matter, and that is what we will do moving forward.

Based on [Netanyahu’s] comments, the United States is in a position going forward where we will be evaluating our approach with regard to how best to achieve a two-state solution.But that doesn’t mean we’ve made a decision about changing our position with respect to the UN.

Those statements were made in March and there haven’t been any new developments. And although President Obama has signaled that the issues between Israel and the Palestinians are not uppermost on his “To Do” list in the final year and a half of his presidency, we can’t help but recall some of the statements coming out of the administration during Operation Defensive Edge.

During the war, State Department spokeswoman Psaki reacted with surprising vehemence to the news of Israel’s August 3 shelling of a United nations Reliefs and Works Agency school. She said the US was “appalled” and that the attack was “disgraceful.”

She went on to say:

The coordinates of the school, like all UN facilities in Gaza, have been repeatedly communicated to the Israeli Defense Forces…. The suspicion that militants are operating nearby does not justify strikes that put at risk the lives of so many innocent civilians. We call for a full and prompt investigation of this incident as well as the recent shelling of other UNRWA schools.

Plainly, Ms. Psaki’s remarks are at odds with the Israeli report and would seem to be potential grist for the UN Human Rights Council’s expected report.

Last November, General Martin Dempsey, chairman of the Joint Chiefs of Staff, told a New York City audience that Israel “went to extraordinary lengths to limit collateral damage and civilian casualties…. In this type of conflict, where you are held to a standard that your enemy is not held to, you’re going to be criticized for civilian casualties.”

He went on to say that “The IDF is not interested in creating civilian casualties. They’re interested in stopping the shooting of rockets and missiles out of the Gaza Strip into Israel.” In fact, Gen. Dempsey went on to say that he’d sent a military delegation to Israel to for a tutorial on lessons to be learned from the war “includ[ing] the measures they took to prevent civilian casualties and what they did with tunneling.”

Ordinarily this would be a reassuring development. Yet consider what Ms. Psaki had to say about Gen. Dempsey’s comments when she was questioned about them by reporters. The Associated Press’s Matt Lee asked her: 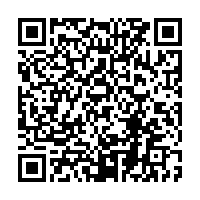