A Sabbath-observant Orthodox Associate Professor of Education at William Paterson College, a state-run university in New Jersey, won a resounding landmark victory from a federal court of appeals in her religious-discrimination lawsuit. A unanimous Court of Appeals for the Third Circuit issued a 38-page opinion sending the claims of Dr. Gertrude Abramson back to trial court for a full jury trial on her allegations that she had been subjected to a ''hostile work environment'' because of harassment relating to her observance of the Sabbath and Jewish religious holidays. The Court also upheld her claims that her employment had been terminated because she observed religious holidays, and that the College retaliated against her because she maintained her religious observance.

Professor Abramson's appeal was supported by a friend-of-the-court brief filed by The National Jewish Commission on Law and Public Affairs (''COLPA''). Nathan Lewin, the internationally renowned constitutional litigator, wrote the amicus curiae brief and presented part of the oral argument in Philadelphia before the Court of Appeals on behalf of Professor Abramson. Circuit Judge Samuel A. Alito, Jr. quoted the following language from Mr. Lewin's amicus curiae brief in his short concurring opinion:


When an employer deliberately reschedules important meetings for Friday afternoons, the message to an Orthodox Jewish employee is clear as a bell. Such rescheduling tells the employee that continued observance of his or her faith will be viewed as incompatible with adequate job performance. Repeated requests that work be done on Saturdays or Jewish holidays ? or telephone messages left on a Jewish religious holiday demanding an 'immediate' response ? are aimed directly at an employee's religious observance. Criticism of an employee's effort to reconcile his or her schedule with the observance of Jewish holidays delivers the message that the religious observer is not welcome at the place of employment.

Professor Abramson advised the chairman of her department when she began teaching at the college that she would not be able to teach on Jewish holidays. The chairperson of her department questioned her unavailability on Friday nights and Saturdays, and scheduled faculty meetings for Friday afternoons. The College's tenure committee commended Professor Abramson's work and recommended her for early tenure, but that decision was overruled by the Dean and the President of the College.

Lindsay N. Feinberg, the New York City attorney who represented Professor Abramson, called this a ''grand-slam victory for Dr. Abramson'' that accepted all of her arguments.

Mr. Lewin expressed the hope that this overwhelming victory will be a precedent that will enable other religiously observant Jewish employees to prevail over discrimination in the workplace.

We are gratified with this result and salute Nat Lewin, a Vice-President of COLPA, for his continuing, indefatigable efforts in defense of our right to fully participate in all aspects of American society. It was Mr. Lewin who actually drafted the federal law that requires employers across the country to reasonably accommodate the religious needs of employees on the job. 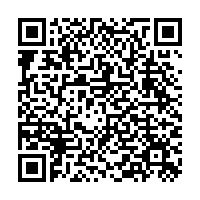