A Dahaf survey of adult Israelis found even stronger backing for Sharon, with 77% characterizing him as a ?reliable prime minister? and 74% giving him a grade of ?good? on his job performance thus far. And by a convincing margin of 61-27, Israelis approved Sharon?s handling of the Palestinian intifada.

But at a Likud central committee meting in Tel Aviv Sunday night, Sharon was booed by the party faithful, who weren?t shy about venting their frustration with what they consider Sharon?s soft-line approach to the ongoing Palestinian violence.

The crowd, by contrast, gave a warm and rousing welcome to Netanyahu, who tried to downplay his differences with Sharon and called for party unity.

While committee members met inside the Cinerama building, protesters outside held signs reading ?Sharon is a disgrace? and ?Until when??

Sharon, whose speech was interrupted from beginning to end by loud heckling, defended his government?s approach to the intifada, pointing to the recent assassinations of leading Palestinian terrorists as proof that the old warrior hadn?t become gun-shy with age.

?The gang of terrorists in Bethlehem who thought they could threaten the people of Israel ?they are no longer with us,? he said. ?This government has made no concessions on the security of its citizens.?

Sharon also vowed he would not allow international cease-fire observers to set up posts in Israel and reiterated his refusal to negotiate under fire.

For his part, Netanyahu refrained from directly attacking Sharon, choosing instead to take aim at Shimon Peres, the Labor party stalwart whom Sharon appointed foreign minister.

?Sharon said there would be no negotiations under fire, no prize for terror, and that Jewish blood would not be made worthless,? Netanyahu said. ?But certain elements in the government have prevented him from acting.?

On Monday, Sharon further antagonized his critics within Likud by very publicly rejecting calls for stronger military action against the Palestinians.

?Anyone who thinks that I will take my country into an unnecessary war because of some pre-planned shouting is mistaken,? Sharon told the Knesset Foreign Affairs and Defense Committee, referring to the verbal abuse hurled his way at the central committee the night before.

Netanyahu loyalist Yuval Steinitz echoed many in Likud when he told reporters the meeting proved that ?Sharon has a serious problem in the party.? 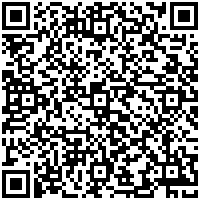