By the end of its current term come June, the U.S. Supreme Court will likely have handed down decisions in several cases of great significance to our community, and it is noteworthy that the main Orthodox organizations have joined together in submitting joint amicus briefs in order to present a united position to the court.

With the new 6-3 lineup of conservative-leaning justices believed to be open to broadening protection for religious rights, this promises to be a pivotal time in our history.

The briefs were drafted by the preeminent constitutional lawyer Nathan Lewin and submitted by the National Jewish Commission on Law and Public Affairs (COLPA) on behalf of a core group consisting of Agudath HaRabbanim of the United States and Canada, Agudath Israel of America, the Coalition for Jewish Values, the National Council of Young Israel, the Orthodox Jewish Chamber of Commerce, the Rabbinical Alliance of America, the Rabbinical Council of America, Torah Umesorah, and the Union of Orthodox Jewish Congregations of America (OU). Together, they represent a broad spectrum of the Orthodox Jewish community.

In Fulton v. City of Philadelphia, in which all the groups except for the OU joined, the issue is whether a religious social service agency that opposes same-gender marriages on religious grounds may nonetheless be entitled to participate in a government-sponsored child placement program that requires agencies to assist such couples in becoming foster parents. The Lewin brief focuses on the broader issue of whether an exception to a generally applicable rule must be made in order to accommodate religious belief and practice as a matter of constitutional law.

In Small v. Memphis, the Lewin brief argues that the Supreme Court should summarily reverse a 1977 decision in which it ruled that despite the U.S. Civil Rights Act’s requirement that employers reasonably accommodate the religious needs of employees, an employer need not accommodate a religious employee’s need to be off from work for religious observance if the employer would incur more than a de minimis cost.

The brief, in which all of the groups joined, argues that decisions since 1977 in cases involving the separation between church and state show that there is no reason for a di minimis standard with respect to religion and the rule should be the same as it is for the burden an employer must assume to avoid discrimination on account of race, color, sex, or national origin.

In Congregation Rabbinical College of Tartikov v. Village of Pomona, in which all of the groups also joined, the Supreme Court is being asked to interpret a federal law that requires adjustments of zoning laws in order to permit religious institutions to build or expand. The question for the court is whether that law, known as the Religious Land Use and Institutionalized Persons Act (RLUIPA), can be manipulated by a government authority that has been intensely hostile to the institution for more than 20 years to require by-the-book, futile filing requirements. The thrust of the Lewin brief is that the RLUIPA law must be enforced realistically.

In Federal Republic of Germany v. Philipp, in which all of the groups except Agudath Israel and the OU joined, the issue is whether the Federal Republic of Germany can be sued in an American court for the return of art works looted by the Nazis from Jewish residents of Germany. Under the U.S. Sovereign Immunity Act, foreign governments generally cannot be sued in an American court for taking the property of its own citizens.

However, Lewin argues in the brief that it was “indisputable historical fact” that by the beginning of 1935, when the property was seized, Jewish nationals residing in Germany no longer had the rights enjoyed by non-Jewish citizens and could hardly be considered German citizens. The brief quotes directly from the Chumash in the original Hebrew, which we believe is a first in presentations to the Supreme Court.

There is much on the court’s docket to concern us. It is fortunate that we have the best in the business as our advocate. Although the Supreme Court is, after all, just a body consisting of nine lawyers, it can’t hurt that America’s highest court be exposed to what our community is capable of producing.

The briefs address the issues from an Orthodox standpoint and are well worth reading even for their literary merit alone. Readers can contact Mr. Lewin at nat@lewinlewin.com for copies. 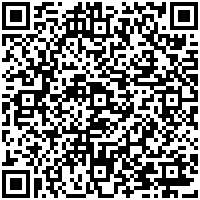