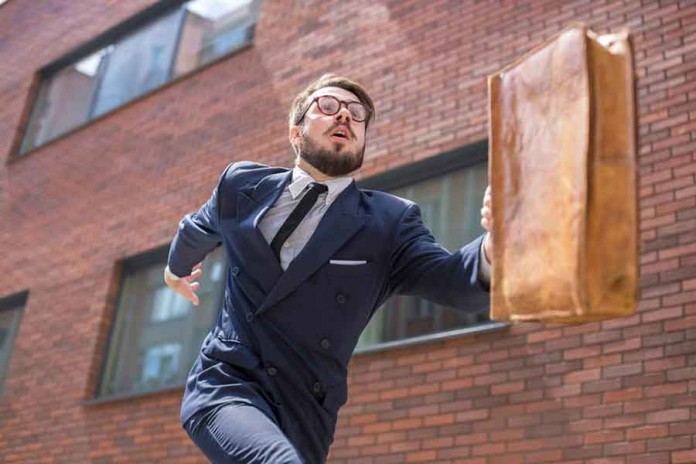 In order to minimize the danger of people contracting Covid-19, many shuls seek ways to shorten the duration of services. In pre-pandemic times, most congregations davened Minchah on Shabbat afternoon shortly before sunset, then gathered for a shiur or Seudah Shlishit until nightfall, whereupon they davened Maariv. Now, some shuls skip the shiur or Seudah Shlishit and daven Maariv soon after Minchah. But is it acceptable to daven Maariv – which includes an explicit mention of Shabbat’s end – before Shabbat is over?

The Talmud actually permits davening Maariv – and even making Havdalah – after plag ha’minchah on Shabbat afternoon (Berachot 27b). The Gemara says that just as one may make “early Shabbat” by davening and making Kiddush on Friday afternoon, one may make “early Motzei Shabbat,” as it were.


Of course, the Gemara does not mean that one may cease observing Shabbat after davening Maariv and making Havdalah (without a candle) on Shabbat afternoon. One may (must, according to most opinions) add time to Shabbat (tosefet Shabbat) both before its official commencement on Friday and after its official conclusion on Saturday night. One cannot, however, subtract time from Shabbat. One must keep Shabbat until tzeit ha’kochavim (actually a bit later, due to the requirement of tosefet) regardless of when one davens Maariv.

Thus, based on the above, there would seem to be no problem with davening Maariv early on Saturday night as long as everyone remains vigilant to keep all the laws of Shabbat past nightfall. Indeed, the Talmud and Rambam give no indication that there is anything untoward about doing so (Hilchot Tefillah 3:7, Hilchot Shabbat 29:11).

Most Rishonim, however, maintain that one may only make “early Motzei Shabbat” in an emergency,[1] such as if one is rushing to perform a mitzvah shortly after Shabbat or if one will not have access to wine for Havdalah at a later time. Tosafot explains that davening Maariv or making Havdalah early is an affront to the requirement of tosefet Shabbat (Berachot 27b s.v. “Tzallei Shel”).[2] According to Tosafot, then, one may not daven Maariv until Shabbat is actually over. The Tur and Shulchan Aruch rule accordingly (Orach Chayim 293:1).

Shibbolei Ha’Leket (siman 129) presents a complementary reason to delay Maariv: The Talmud (Shabbat 118b) records that R. Yose strongly approved of the practice in Tverya to begin Shabbat early and the practice in Tzippori to end it late. Clearly, the Talmud indicates that a Jew should desire to hold on to the holiness of Shabbat as long as possible. Rushing to daven Maariv and make Havdalah without a compelling reason demonstrates an improper view of Shabbat as a burden to be gotten rid of as soon as possible.

The Maharshal argues that in practice, davening Maariv before Shabbat is over should never be permitted since people find such a concept bewildering, and they might mistakenly think that doing so permits one to perform melachah before nightfall (comments to Tur, Orach Chayim 293). Later authorities accept the Maharshal’s opinion (see Mishnah Berurah 293:9).

Apparently, the congregations that are currently davening Maariv shortly after sunset on Saturday evening believe that the highly unique case of a pandemic justifies setting aside the Maharshal’s opinion. Such thinking, however, is not only halachically questionable, but imprudent. I have heard eyewitness reports of individuals mistakenly performing melachah immediately after the conclusion of an early Maariv – exactly the scenario about which the Maharshal was concerned.

Truth be told, even those who permit making an “early Motzei Shabbat” if one is under duress only allow it if praying after nightfall is not really possible (see Magen Avraham 293:3, but see Bei’ur Halacha s.v. Kegon). During the pandemic, however, everyone can still daven Maariv at the proper time. Those who are concerned about minimizing their time in shul can attend a minyan for Minchah at any time in the afternoon and return for Maariv after tzeit ha’kochavim. [3] If attending a minyan for Maariv is not feasible, people can simply daven at home.

Even in pre-pandemic times, many congregations started davening Maariv on Saturday night slightly earlier than the time they consider to be the end of Shabbat. This practice is justifiable for the following reason:

According to basic halacha, three medium-sized stars indicate the onset of tzeit ha’kochavim (nightfall). But when a biblical precept is at stake, we are concerned that we don’t know how to properly identify “medium-sized” stars; we therefore wait for the appearance of three small stars. Due to the requirement of tosefet, we wait until these three small stars appear close together before ending Shabbat (Orach Chayim 293:2). In New York, this occurs approximately 40 minutes after sunset in the spring and fall and 50 minutes after sunset in the summer.

The synagogues that pray before this time maintain that the stringency of waiting for small stars pertains only to the severe prohibition of performing melachah, not to praying Maariv. Strictly speaking, one may daven Maariv even on Saturday night after the appearance of three medium stars, plus a bit for tosefet (roughly 35-42 minutes after sunset in New York, depending on the season).

Those who daven at this time also figure that by the time services are finished, Shabbat will be over (and Havdalah can be recited in shul), so there is little concern that people will violate Shabbat by mistakenly equating the recitation of Maariv with the conclusion of Shabbat.

But since davening Maariv early indicates a rush to leave Shabbat, it’s more correct to wait until Shabbat truly ends to begin this tefillah (see R. Hirsh Lampin, HaZmanim BaHavanah chapters 2 and 4 for a thorough analysis of various customs regarding davening Maariv on Motzei Shabbat). However, it’s better to pray with a minyan after the basic time of nightfall than alone at the later time.

In conclusion, even during this pandemic, congregations should continue to insist on davening Maariv on Motzei Shabbat after tzeit ha’kochavim. If the only available minyan in one’s community on Saturday evening takes place before nightfall, it’s better to pray Maariv alone.

[1] The Geonim already presented a similar view (see Tur, Orach Chayim 293; Otzar HaGeonim, Berachot p. 62-3). Rabbeinu Yonah quotes Rav Hai Gaon as forbidding davening early under normal circumstances simply because one who prays Minchah after plag may not daven Maariv before sunset (Berachot 18b in the Rif). According to this version of Rav Hai’s opinion, it is only objectionable to daven Maariv on Motzei Shabbat as early as plag; praying after sunset would seemingly be acceptable. It is highly likely, however, that “sunset” according to the Geonim is later than what we call “sunset” today (R. Meir Posen, Or Meir, ch. 3; R. M.M. Karp, Mishmeret Shabbat, pp. 163ff.).

[2] Rav Yosef Dov Soloveitchik interprets Tosafot as meaning that one literally fails to fulfill tosefet Shabbat if one davens early (MiPeninei HaRav p. 92). This interpretation is debatable. In any event, the reason the Rambam seems to have no problem with “early Motzei Shabbat” may be because he doesn’t recognize an obligation of tosefet Shabbat at all.

[3] It should be noted that this entire discussion is predicated on the assumption that Minchah must be completed by sunset (see Mishnah Berurah 233:14), a view to which many nowadays zealously adhere. Other opinions, however, permit Minchah to be prayed a few minutes after sunset (see R. Yisrael Harfenes, Yisrael ve’ha’Zmanim 1:13). Congregations that follow these opinions are in a position to daven Minchah of Shabbat and Maariv of Motzei Shabbat with only a short gap in between. In fact, it seems that many more authorities permit davening Minchah a bit after sunset than davening Maariv early on Motzei Shabbat.