Michael Bloomberg’s belated move toward becoming the Democratic candidate in the 2020 presidential election drew a virtually uniform response. Aside from comments about his vast financial resources and executive experience, he was lauded as a “centrist” who was temperamentally well suited to bringing our fractured nation together. Which was not unexpected – but way beside the point.

As we see it, the deeply partisan political divide we are now facing is reflective of the dissatisfaction most Americans on both the left and the right have with the liberal status quo that was in play for the last half of the 20th century and which effectively ended with the Obama presidency and the election of Donald Trump. Trump and Bernie Sanders picked up on this in 2015 and 2016, while Hillary Clinton did not. The move sharply left by most of the Democratic aspirants for the Democratic nomination shows that they understand that it is the issues we face, not the politicians, that divide us.

The United States is seized with issues that old style American liberalism simply couldn’t get its arms around. To name just a few: Israel’s manifest destiny, massive and uncontrolled immigration, fracking, religious rights and the LGBTQ agenda, participation of religious institutions and interests in public life, unrestricted abortions, equalizing trade policies, preventing Iranian nuclear development, winding down affirmative action, robust outreach to other countries, and the rise of conservative media.

It remains to be seen whether Bloomberg will see solutions to these problems that are in tune with most Americans and become a contender. But that is not a matter of finding the middle ground, but rather, as Trump did, discerning where the numbers lie on the spectrum. 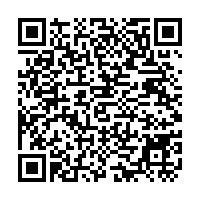