President Trump, in the wake of last week’s terrorist truck attack in Lower Manhattan, said he would take steps to end the so-called Visa Lottery program through which the perpetrator, Sayfullo Habibullaevic Saipov, came to the U.S.

Immediately the president was ridiculed and castigated in many quarters, particularly but not unexpectedly by left-leaning political activists and politicians and many mainstream media outlets.


Yet consider the following:

Under the Visa Lottery program, popularly known as the “green card lottery,” approximately 50,000 permanent resident visas are awarded annually by lottery from a pool of hundreds of thousands of applications from parts of the world with low rates of immigration in the five years prior.

The program also allows family members of the lottery-selected applicants to come to the U.S. The lottery program supplements the usual immigration preference process of selection by family members or employment and allows successful applicants to bypass the 3.5 million others typically on the visa waiting list.

But the program also allots slots to citizens of countries the U.S. considers state sponsors of terror and some that are under special monitoring as they’re considered breeding grounds for terrorists. It was this latter aspect that President Trump cited as a reason to end the program.

Is it “cynical politics,” as some claimed last week, when a president resolves to attack a palpable problem at its source? Or is it “cynical politics” when media sources focus incessantly on anecdotal concerns of a backlash against the faith group from which a terrorist perpetrator hails, as was the case following last week’s attack?

And when thinking about this, keep in mind that despite the centrality of Muslim terrorists to the long list of terrorist attacks around the world over the past few decades, retaliatory attacks on Muslims have been few and far between.

Despite the efforts of the anti-Trump “resistance” to claim the narrative, the victims in the Saipov attacks were the pedestrians who got in his way and an America made unduly vulnerable by its porous immigration policy. 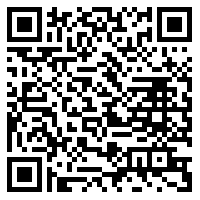