We all recall the stories about how President Harry Truman had to override the strenuous objections of the U.S. State Department to his plan to get behind Israeli statehood. And more recently, we saw how President Trump was portrayed as recklessly defying all post Truman administrations when he ordered, among other things, the relocation of the American Embassy to Jerusalem and the recognition of that city as the capital of Israel.

But the traditional anti-Israel sentiment was said to be based on the cold calculation – Heaven forbid anti-Semitism! – that there were many more Arabs in the Middle East than Jews, and logic dictated that the future in that part of the world lay with the many, not the few.


Yet, paradoxically, now that most of the Arab world seems to be lining up with Israel, one still hears from some who may join a Biden administration and even support the Abraham Accords that there must be slavish obeisance to the wishes of the Palestinians who maintain that, despite their ethnic ties to countries all over the Middle East and past recalcitrance, they are entitled to a separate state of their own at Israel’s expense.

Isn’t now the time to pay attention to the numbers and the prospect of imminent additions?

Nor is it just a matter of the numbers. It’s also a matter of the reasons for the numbers. The United Arab Emirates, Bahrain, Sudan, and Morocco – and hopefully more countries soon – are linking up with Israel due to economic, technological, military and geopolitical interests. This will result in an enduring political bloc beneficial both to them and also to the United States, which can contemplate being able to project itself in that part of the world through an empowered and flourishing Israeli hub. It is no small thing that Africa’s Morocco and Asia’s Bhutan have both seen the light.

So how is it that one also still hears talk about a return to the Iran nuclear deal and a softening of the American approach to that rogue nation? Shouldn’t it be perfectly clear that one of the main stimuli for the Abraham Accords continues to be fear of a nuclear Iran and an Iran financially capable of continuing to underwrite most of the terrorism in the region? Don’t we risk the unraveling of the accords if states believe Iran will soon emerge from the maximum pressure regime uncowed and with the United States on Iran’s side, not theirs? 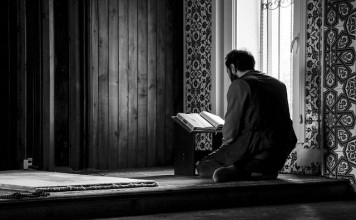 The Wars of Religion – Muslim vs Jew – Political Hitman [audio] 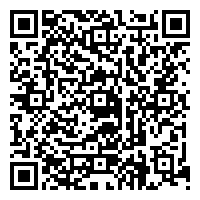