* A truck driver has testified to transferring 120,000-280,000 completed ballots from Bethpage, NY to Lancaster, PA – which is both illegal and very fishy.

* In Pennsylvania, 51,000 mail-in ballots were allegedly returned the day after they were sent out, which is essentially impossible. Another 23,000 ballots had earlier return dates than sent dates. And 9,000 had no sent dates at all.

* In Nevada, people were paid $25-$500 to vote for Biden. There is video evidence of this. Meanwhile, DMV records suggest that 3,987 non-citizens voted.

* In Georgia, video footage shows people pulling out suitcases of mail-in ballots after observers were told to leave.

* According to witnesses, Wisconsin municipal clerks filled out missing addresses on absentee ballots, contrary to Wisconsin law. One whistleblower attested to hearing orders to backdate thousands of mail-in ballots.

If the integrity of elections isn’t restored, no one will believe or accept election results in the future. This election cannot stand as is. The truth must be revealed or America will crumble.

A Free and Fair Election?

For those Americans who think the election was fair, consider the following:

Even if one believes Biden received 80 million legal votes – versus 74 million for Trump – how many Biden supporters would have voted for Trump if freedom of speech and the free flow of information were actually allowed in our supposed democracy?

If only 1 out of 25 Biden supporters had switched his vote, President Trump would have received 77,200,000 votes and Biden 76,800,000 votes.  Post-election polls reveal that 10 percent of Biden voters actually would not have voted for him had they known about the Hunter Biden investigation!

Free elections can only be truly “free” if predicated upon the free flow of information, which enables freedom of choice. Otherwise, welcome to the United Soviet Socialist Republic of America.

If You Care to See…

In response to all the letters parroting the canard that there is no evidence of mass voter fraud in last month’s election, all the evidence is out there for those interested in finding it (see, for example, www.hereistheevidence.com).

These letter writers, with their willful denial of reality, are aptly described by the words of Kohelet (2:14): “the fool walks in darkness.”

Although Mishlei 26:4-5 acknowledges the lose-lose nature of arguing with a fool – you will either become like him or he will think himself wise – I hope these letter writers actually take an objective, honest look at the evidence since evidence can “open blind eyes [and] remove prisoners from confinement” (Isaiah 35:5).

Let Me Count the Ways…

To those who say there was no election fraud: There are over 1,000 affidavits of eyewitnesses testifying that:

2) Residents who no longer lived in swings states illegally voted in them;

5) Voting machines were plugged into the Internet, thus leaving them exposed to hackers;

6) Republicans poll watchers were kicked out of the room where ballots were counted, or placed so far away that they couldn’t see anything;

7) People who showed up to vote were told they had already voted when in fact they hadn’t;

8) Trump ballots were thrown in the garbage and not counted;

9) Truck loads of ballots for Biden were secretly brought in the middle of the night.

Additionally, data experts say the vote count of the early morning of November 4 is statistically impossible. Finally, a Dominion voting machine in Michigan flipped 6,000 Trump votes to Biden. Officially, it was an accident, but that’s hard to believe.

Remember, there are eye witnesses to all of these things – and much more. If anyone wishes to hear some of the testimony, check out the hearings featuring Mayor Rudy Giuliani in these swing states. They are mind-boggling!

It’s high time that Republicans face the reality that Trump lost the election and that there was no mass fraud. For the sake of our country and democracy, they must stop peddling these false charges, which are causing divisiveness and chaos in our country and will ultimately lead to violence.

Trump can never accept defeat. If you recall, four years ago he claimed fraud when he lost the Iowa caucuses to Ted Cruz. And this year, he advanced claims of fraud even before Election Day just to save face in case he should lose.

It’s also ironic that in 2016 he won by the same margin in many of the battleground states that Biden now beat him with. Back then, he called it a landslide; now he’s claiming fraud.

What Trump can’t understand is that most Americans agree with many of his policies, which is why they voted for many Republican candidates, but personally reject him due to his corrupt and unsavory character (as well as his mishandling of the pandemic).

If there was such widespread election fraud perpetrated by the Democrats, why didn’t it also affect many of the congressional races? Indeed, Republicans actually gained seats in Congress.

Trump lost because midos count – even in the dirty world of politics – and because Hashem wanted this outcome. We should all respect and abide by the will of Hashem.

Arnold Fine may have passed away many years ago, but his recollections of Chanukah in last week’s “I Remember When” column were enjoyable to read and match my own.

Chanukah nowadays is likened to a Jewish Christmas, but it is emphatically not. We are not part of the “holiday season.”

When I was a kid, 70 or so years ago, we lit the  orange candles Arnold Fine remembers and got a lead dreidel. We didn’t have huge menorahs all over the place, nor did we have gifts. Who had money for gifts?

Why Should We Care About the German ‘Elite’?

The New York Times has done it again, showing its anti-Israel bias, which borders on anti-Semitism.

In a recent news article on the banning of the BDS movement in Germany, it notes that the movement is condoned by many members of the German elite.

Perhaps this German elite should be reminded that its forbearers – the German elite of 1939-1945 – supported the murder of six million Jews.

The Same Old WHO

Last month, the World Health Organization (WHO) held its annual assembly. It began as a discussion on the global response to the Covid-19 pandemic but soon turned into a four-hour hostile session on Israel, with some of the world’s worst human rights abusers – e.g., Venezuela, Iran, Syria, North Korea, and Cuba – condemning the Jewish state.

President-Elect Joe Biden, though, wants America to rejoin the World Health Organization. What in heaven’s name is going on!

Saul Singer’s article two weeks ago on the first Agudah gathering a century ago was illuminating. If I may add one point: The person responsible, behind the scenes, for bringing together the rabbis of the West with the rabbis of the East for this conference was Rav Yitzchak Isaac Halevy, more widely known as the author of the Doros HaRishonim.

This fact was brought to light in the dissertation, and then book, of my late father, Rabbi Dr. O. Asher Reichel, ob”m, whose English title is Isaac Halevy (1847-1914): Spokesman and Historian of Jewish Tradition.

Can The New York Times Ever Go Too Far?

On December 4, The New York Times published an article “Saying Goodbye to Hanukkah,” by a non-Jewish woman (her father was Jewish). Would the editors of the Times have published a piece by a non-Muslim woman who decided not to observe Ramadan? I doubt it.

My real question, however, is for Jewish readers of the Times. What’s it going to take for you to stop purchasing this obviously anti-Semitic paper? What possible redeeming characteristics could it have that would make you overlook its obvious bias against Jews, Judaism, and the State of Israel? 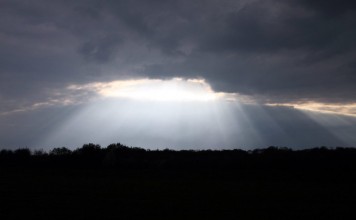 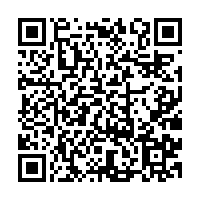