Last week Greece’s highest court struck down regulations that provided an exemption for religious slaughter from the general pre-slaughter stunning requirement, which supposedly renders the animal insensible to pain. Unless reversed, shechitah, which requires that animals be fully conscious at the moment of slaughter, would be prohibited in Greece. The stunning rule is usually presented, erroneously in our view, as the only way to ensure that animals do not suffer pain during the slaughtering process.

The anti-shechitah development in Greece created an uproar and the Greek Jewish community promptly vowed to seek legislation codifying an exemption. But we fear, as the old expression goes, the forest is being lost for the trees. An exemption suggests special treatment for a foundational Jewish religious practice that is actually inhumane. Surely with today’s growing anti-Semitic climate the notion that, because of our religion, we need an exemption from laws designed to ensure the humane treatment of animals is not a particularly helpful one.


So while ability to eat meat is no small thing – even if importing kosher meat does not become proscribed as well – the anti-Semitism issue is an overarching one. Nor is the anti-shechitah sentiment limited to Greece. Eight other European countries – Norway, Sweden, Finland, Denmark, Switzerland, Belgium, Slovenia and Estonia – already had such bans prior to the Greek action. Nor is the problem limited to shechitah. Several of the countries banning shechitah also ban or are being pressured to ban non-surgical/medical circumcision as well as a form of child abuse, despite its historical authenticity.

It is noteworthy that while according to European Union rules animals must be rendered insensible to pain before slaughter, member states can make exceptions for religious rituals. But the rub is that no such exemption is required as a matter of religious freedom. Thus, while several EU members have laws generally requiring stunning, the aforementioned eight countries have enacted animal stunning laws without an exemption for ritual slaughter that the other countries have included.

Significantly, the Belgian law was challenged last year by Belgian Jewish and Muslim groups as being incompatible with religious freedom since it essentially prohibited Jews and Muslims from eating meat. And the Belgian government’s position – accepted by the EU High Court – was that “the measure is applied neutrally and thus does not constitute a violation of freedom of religion.” The message from the EU high court is therefore an ominous one as member governments have a readily available way to trample religious rights if they wish.

Here in the United States the issue was resolved many years ago with the passage of the so-called Case-Javits Amendment to the U.S. Humane Slaughter Law (after its lead sponsors Sens. Cliggord Case and Jacob Javits) which provided for a ritual slaughter exemption from the law’s stunning requirement as a matter of protection for the free exercise of religion.

But it also contained a critical plus. Largely through the evidence of shechitah’s fundamental humanness compiled by Dr. Isaac Lewin, the eminent historian, the definition of humane slaughter itself was also amended by the addition of an explicit recognition of the humaneness of “a method of slaughter whereby the animal suffers loss of consciousness by the anemia of the brain caused by the simultaneous and instantaneous severance of the carotid arteries with a sharp instrument” which the law describes as “in accordance with the ritual requirements of the Jewish faith…”

The law was challenged in a federal court by ”friends and guardians of all livestock and animals now or hereafter awaiting slaughter in the United States,” an animal rights group and a separation of church and state advocacy group, all claiming that permitting religious slaughter without pre-stunning violated the constitutional requirement of separation between church and state. It was heard by a three-judge constitutional court.

The defense of Case-Javits in a federal court constitutional challenge marked one of the first appearances of Dr. Lewin’s son, the noted constitutional lawyer Nat Lewin, on behalf of the Jewish community. The case went all the way up to the United States Supreme Court, which declined to review the decision of the three-judge court upholding shechitah.

An article by Nat Lewin in the Jewish News Service on his experience in defending shechitah in that case should serve as a road map for going forward in Europe. Here is a pertinent excerpt:

One hopes that the European Jewish communities will try to build upon the U.S. approach and make full use of the evidence adduced and presented to the Congress and the courts. Nor can any of it be explained away by the role played by anti-Muslim bias. That might be part of it but right now from all appearances it seems that anti-Semitism is on the rise around the world and we should recognize it for what it is. We fail to do so at our peril. It should never be forgotten that the first edict issued by Adolf Hitler as Germany’s chancellor was to prohibit animal slaughter that did not feature pre-stunning. 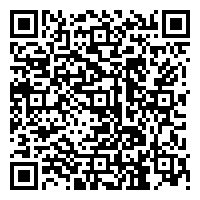