The honchos over at the famed Ben & Jerry’s ice cream company could hardly have thought that their decision to end operations over the Green Line in protest of Israel’s “occupation” would pass unnoticed. But we think that they were totally unprepared for the vehemence of the pushback.

National and local food chains quickly announced that they would be cutting back significantly on their retailing of Ben & Jerry’s products. Prominent public figures proclaimed personal boycotts. And officials in a number of states with laws or rules against participating in economic boycotts against Israel announced that they have set in motion the procedural perquisite for their enforcement against Ben & Jerry’s.


Typical policies on the books in these jurisdictions would preclude a state from doing business with Ben &Jerry’s, including purchasing any of its products for public purposes and investing public pension funds in the company. The states would also be required to end already existing contractual relationships and investments.

Even more pointed is the likelihood that Ben & Jerry’s parent company, Unilever, a multi-product, international economic colossus, will be caught up in the net. And that is a very big deal. Unilever owns hundreds of consumer brands including Dove, Lipton, Hellman’s and Vaseline, to name some of the more recognizable names.

Thus, in New York, the executive director of Corporate Governance for the New York State Common Retirement Fund, sent a letter to Unilever saying that the NYS Comptroller, Tom Di Napoli, the sole trustee of the Fund and a friend of the Jewish community since his service in the New York Assembly, is “troubled and concerned about reports suggesting that Ben & Jerry’s, a Unilever wholly-owned subsidiary, is involved in BDS activities….This letter serves as notice that the Fund intends to include Unilever on our list of companies participating in BDS activity if these reports are correct.”

(New York Governor Mario Cuomo has been oddly silent on the issue despite having signed Executive Order 157, which was the first in the nation action to ensure that no state agency or authority engaged in or promoted any investment activity that would further the harmful and discriminatory Palestinian-backed BDS campaign in New York State.)

The Ben & Jerry’s story also raises some fascinating issues that are not yet getting as much attention as the growing boycott of the company, but will move to the fore as enforcement against Ben & Jerry’s boycott of Yehudah and Shomron proceeds.

For one thing – in the United States of America, where we pride ourselves on the First Amendment’s free speech guarantee, can government penalize Ben and Jerry’s non-violent expression of an anti-Israel point of view? This is something that deep-pocket companies like Ben &Jerry’s/Unilever are sure to raise.

The quick answer, we believe, is that it is now a routine proposition that government can act against hate speech and, more to the point, against manifestations of anti-Semitism. And it is also now widely accepted in the Western world that BDS, with its exclusive focus on unproven allegations against Israel and ignoring of far worse record evidence against other countries, is a new manifestation of classic anti-Semitism. Moreover, the free speech perspective has a judicial gloss.

Since 1977, it has been a violation of federal law for U.S. companies to participate in international boycotts organized by foreign companies. If, say, Arab governments seeking to establish a blacklist of those doing business with Israel, demand that U.S. companies report their dealings there, the law would prohibit them from providing the requested information. And the law has withstood challenges in the courts and never been found to be unconstitutional.

Another, promising avenue for opponents of the Ben & Jerry’s boycott move now making the rounds in commentary circles is the possibility of lawsuits charging that the company was purposefully pursuing policies that were inimical to the financial interests of stockholders and investors, a violation of the company’s fiduciary duties to them. These kinds of cases are called “stockholder’s derivative lawsuits” and are designed to keep company officers honest. Given the avalanche of adverse reaction to the boycott announcement and the dangers the company now faces, it does not seem like a difficult case to make.

In yet another issue, some are urging that the Kof-K and the OU, which respectively provide kosher certification to Ben & Jerry’s in Israel and the United States, decertify the company over the boycott issue. Few would shed a tear if those whose actions we believe reek of anti-Semitism would lose part of their piece of the kosher market. In all candor, we would ordinarily think that anything goes when the issue is a challenge to Israel as ominous as an economic boycott of Israel.

But this approach, we think, is fundamentally unsound in this instance. Tampering with the notion of kosher certification as a universal bellwether of conformity with objective kosher food laws would be near catastrophic to the Jewish order of things. Put another way, if it’s kosher, it’s kosher.

To be sure our topic here is an ice cream boycott. But the stakes for Israel’s economic future could not be higher. We have to resolve to fight to end the boycott and then perhaps fight some more. 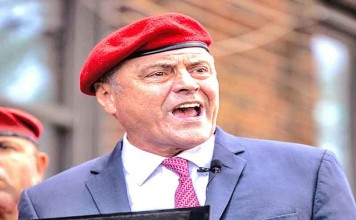 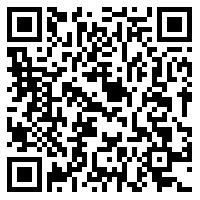