The state informed the High Court of justice earlier this week that it intends to evacuate two homes in the Eli settlement in Samaria, where four families live. The announcement is stirring up a storm in the Knesset among the right-wing parties, especially since Eli is a legal settlement and not an “illegal outpost.”

The state made this commitment as part of its response to a petition by Arab residents of the villages in the area, which was filed in 2011 against about 20 Jewish homeowners. The Blue Line team of the Civil Administration, which more than ten years ago conducted a survey of lands that may be settled in Eli, determined that two homes in the Neot Ilan neighborhood are not within the boundaries of declared state lands. As a result, they also remained outside the locality’s master plan.


The state’s response to the petition demanding the eviction of the Jewish homeowners reads: “Considering that these are residential buildings in which several families live, and considering the absence of a concrete plaintiff claiming their right to the plots in which the buildings are located, respondents request that a period of approximately three years be granted for the completion of the eviction, in order to provide during this period a suitable housing alternative for families living in these buildings.”

So it’s four Jewish families in two homes who will be asked to leave some time in 2024. I would agree that four Jewish families are four too many, but it isn’t a crisis, as the right-wing opposition claims. Also, the state representatives who responded to the High Court petition were not sent there by Prime Minister Naftali Bennett, but by the Attorney General’s office. Nevertheless, Bennett and Justice Minister Gideon Sa’ar must get on top of this story because they are already being hammered over it and depicted as enemies of the settlement enterprise.

The heads of the Eretz Israel lobby in the Knesset, MKs Orit Struck (Religious Zionism) and Yoav Kish (Likud) issued a response, saying: “The government of 10 degrees to the right this week informed the High Court of its consent to the destruction of the homes of four families in Eli. This is a shocking announcement. Instead of preventing the demolition of Jewish homes in Judea and Samaria, this government is busy settling the illegal construction in the Bedouin sector. It represents the complete failure of this government, which freezes construction, violates all its promises of regulating settlements, and now also demolishes Jewish homes.”

Because Israel never exercised its sovereignty over Judea and Samaria, the law there is based on the Ottoman land law of 1858. The Turks distinguished between five types of land: religious sanctuary lands, on which mosques and the like were built; lands for public use, such as roads; privately owned land that is officially registered; state-owned land that can be leased; and remote state-owned lands that are not suitable for cultivation.

The first three are not problematic, but most of the real estate in Judea and Samaria is in the fourth and fifth categories: they belong to the state and it either leased them to farmers or left them untouched.

Since the High Court’s 1979 Elon Moreh ruling, Jewish settlements in Judea and Samaria have been allowed on state land only, and not on private land belonging to Arabs. It makes sense on its face – it’s our promised land but we shouldn’t steal it. Except that over the years, the concept of “private land” in Judea and Samaria has swelled up to mean in the eyes of the High Court any area that is not recognized as state land, even in cases where there are no Arab claimants. This while left- and right-wing governments have effectively stopped claiming new state-land (which appears to be changing these days, with the Bennett government compelling the Coordinator of Government Activities in the Territories to evaluate the status of some 150 plots of land).

In the 1980s and 1990s, Plia Albeck, then the director of the Civil Department of the State Attorney’s Office, led a sweeping move to declare state lands in Judea and Samaria. Albeck systematically located lands that were not cultivated, or had previously been cultivated without a permit and then abandoned. She collected aerial photographs, toured the area, and literally sketched the boundaries of Jewish settlements in Judea and Samaria. Her definition of state-owned land included lands that had not been cultivated for ten years or more – in keeping with the Ottoman land law of 1858.

But the Attorneys General and Civil Administration attorneys who came after Albeck did not like her sympathetic approach to the settlements enterprise and began to cast doubts on her decisions, especially those sketches of settlements’ boundaries. Eventually, they took action that was designed to undo her work and established the “real estate status team,” dubbed as the Blue Line team. The team’s official goal was to adjust the boundary line maps of Judea and Samaria in response to complaints from alleged Arab owners. In reality, the Blue&White Line became a leftist strategy to push back Jewish settlement in the liberated territories.

The surveyed real estate included lands that were allegedly leased to Arab farmers by the Jordanian government. When an Arab presented a certificate of payment of the lease tax, Israel recognized him as a private owner of the land. But in reality, many of these certificates were not documented in any central repository, many were handwritten on yellowing pages, and in some cases where they were simply fake.

Another problem: those certificates were not accompanied by a map or a blueprint, only a general association with a particularly large block of plots, and a breakdown of the size of the plot in question. Some of them described the boundaries of the plot in words, which opened up the process to countless manipulations and deceptions. Such a document would include a description such as: “South of the plot there is an uncultivated area, west of which there is a road and east of it, trees.” Over the decades there no longer remained any connection between this description and the situation on the ground, but this did not prevent the Blue Line team from accepting the claim of the Arab who said, “My field is located here.”

Let’s hope that the prime minister, the justice minister, and the defense minister will find a creative solution to the Eli problem, as they did regarding the Evyatar outpost a few weeks ago. Because come on, Bennett is not in the business of “demolishing Jewish homes.” 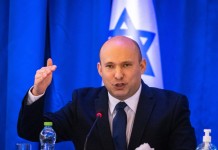 PM Bennett: Prisoners’ Escape Was ‘Sequence of Mistakes and Failures’ 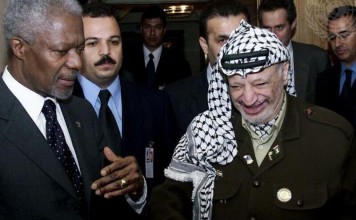 Assessing the Twin Disasters of September 2001