It will be recalled that soon after beating the veteran Joe Crowley for the Democratic nomination for a Queens congressional seat, she made some very disparaging comments about Israeli actions which – according to virtually all published commentary – betrayed a woeful ignorance of Middle Eastern affairs. Indeed, she promptly admitted publicly that she was “not the expert” on the issue, prompting even further derisive comments that she was “clueless.”


It will also be recalled that earlier this year she evoked similar responses after she successfully scuttled a deal negotiated by the Cuomo and De Blasio administrations to bring Amazon to a site in her district that would have resulted in 40,000 high-paying new jobs. Instead of seeing value in the new jobs, she focused on the typical tax break incentives that would have kicked in for Amazon, claiming they would be better directed at subsidies for low income New Yorkers.

She seemed oblivious to the fact that the tax breaks are a forbearance for corporate income and not a direct expenditure by government, or that the income and sales taxes that would have been generated by the new workers would ultimately have dwarfed the incentives, or that the incentives themselves would have eventually expired, resulting in a permanent rise in corporate taxes. At all events, Amazon walked away from the deal.

Last week, she made yet another strange statement, doubling down on her curious comments on the news that Amazon had rented space in Manhattan’s new Hudson Yards development. She smugly tweeted: “Won’t you look at that: Amazon is coming to NYC anyway – *without* requiring the public to finance shady deals…for [Amazon owner] Jeff Bezos & corporate giveaways. Maybe the Trump admin should focus more on cutting public assistance to billionaires instead of poor families.”

Significantly, Ocasio-Cortez left unmentioned that the new Amazon move involves only 1,500 jobs – and has nothing to do with her district.

Several weeks ago, The Jewish Press raised some eyebrows by its endorsement of NYC Councilman Fernando Cabrera – a strong supporter of Israel and fierce critic of Ocasio-Cortez’ economics who is challenging AOC in the June 2020 Democratic Party primary. Although the primary is some months hence and our endorsement might have seemed premature, it is becoming more and more apparent that support for Cabrera cannot be expressed too early or too often. 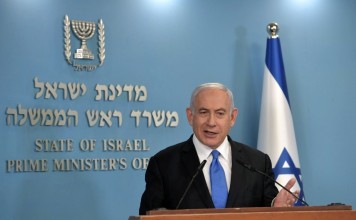