The Impeachment Narrative And The Russia Hoax


There are common threads, associations and even funding sources that link the narrative involving allegations at the center of the current impeachment drive to discredited claims of collusion between Russia and President Donald Trump’s 2016 campaign. Many of those ties involve characters who played central roles in disseminating the infamous dossier.

Below, in no particular order, are four major ties between the impeachment narrative and the Russia hoax.

Kramer revealed in testimony that he held a meeting about the anti-Trump dossier with a reporter from BuzzFeed News, who he says snapped photos of the controversial document when he left the room to go to the bathroom. That meeting was held at the McCain Institute office in Washington, Kramer stated.

BuzzFeed infamously published the Christopher Steele dossier on January 10, 2017, setting off a firestorm of news media coverage about the document.

The Washington Post reported last February that Kramer received the dossier directly from Fusion GPS after McCain expressed interest in it.

In a deposition taken on December 13, 2017, and posted online earlier this year, Kramer revealed that he met with two Obama administration officials to inquire about whether the anti-Trump dossier was being taken seriously.

In one case, Kramer said that he personally provided a copy of the dossier to Obama National Security Council official Celeste Wallander.

In the deposition, Kramer said that McCain specifically asked him in early December 2016 to meet about the dossier with Wallander and Victoria Nuland, a senior official in John Kerry’s State Department.

Ciaramella, whom Real Clear Investigations suggests is the likely so-called whistleblower, worked closely with then-Assistant Secretary of State for European Affairs Victoria Nuland, who herself received updates on Ukraine issues from dossier author Christopher Steele in addition to Nuland’s direct role in the dossier controversy.

Breitbart News reported that Ciraramella and Nuland received emails about Ukraine policy from a top director at George Soros’s Open Society Foundations.  The emails informed Ciaramella, Nuland and a handful of other Obama administration foreign policy officials about Soros’s whereabouts, the contents of Soros’s private meetings about Ukraine and a future meeting the billionaire activist was holding with the prime minister of Ukraine.

Nuland has come under repeated fire for her various roles in the anti-Trump dossier controversy.

There are common threads that run through an organization repeatedly relied upon in the so-called whistleblower’s complaint about Trump and CrowdStrike, the outside firm utilized to conclude that Russia hacked the Democratic National Committee’s servers since the DNC would not allow the U.S. government to inspect the servers.

One of several themes is financing tied to Google, whose Google Capital led a $100 million funding drive that financed Crowdstrike. Google Capital, which now goes by the name of CapitalG, is an arm of Alphabet Inc., Google’s parent company. Eric Schmidt, the chairman of Alphabet, has been a staunch and active supporter of Hillary Clinton and is a longtime donor to the Democratic Party.

CrowdStrike was mentioned by Trump in his call with Ukranian President Volodymyr Zelensky. Perkins Coie, the law firm that represented the DNC and Hillary Clinton’s campaign, reportedly helped draft CrowdStrike to aid with the DNC’s allegedly hacked server.

Alperovitch is a nonresident senior fellow of the Cyber Statecraft Initiative at the Burisma-funded Atlantic Council, which takes a hawkish approach toward Russia.  The Council, mentioned in #1 above, in turn is financed by Google Inc.

Another Atlantic Council funder is Burisma, the natural gas company at the center of allegations involving the Bidens that were the subject of Trump’s inquiry with Zelemsky related to Biden.

Besides Google and Burisma funding, the Council is also financed by billionaire activist George Soros’s Open Society Foundations as well as the Rockefeller Brothers Fund, Inc. and the U.S. State Department.

Google, Soros’s Open Society Foundations, the Rockefeller Fund and an agency of the State Department each also finance a self-described investigative journalism organization repeatedly referenced as a source of information in the so-called whistleblower’s complaint alleging Trump was “using the power of his office to solicit interference from a foreign country” in the 2020 presidential race.

The charges in the July 22 report referenced in the whistleblower’s document and released by the Google and Soros-funded organization, the Organized Crime and Corruption Reporting Project (OCCRP), seem to be the public precursors for a lot of the so-called whistleblower’s own claims, as Breitbart News documented.

The OCCRP report repeatedly referenced in the so-called whistleblower’s complaint (see above #3) is actually a “joint investigation by the Organized Crime and Corruption Reporting Project (OCCRP) and BuzzFeed News, based on interviews and court and business records in the United States and Ukraine.”

BuzzFeed infamously also first published the full anti-Trump dossier alleging unsubstantiated collusion between Trump’s presidential campaign and Russia. The dossier was paid for by Hillary Clinton’s campaign and the Democratic National Committee and was produced by the Fusion GPS opposition dirt outfit. 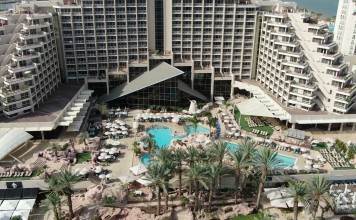