With the passing this week of former Anglican Archbishop Desmond Tutu, the question of whether or not he was a classic antisemite has become the subject of much debate in our community. To be sure, from what appears below, a good case could easily be made that he took a jaundiced view of Jews and harbored a profound dislike for them as a people. But, now and again, he also had some nice things to say about us. So we rather think that the effect he has on our issues is a more important subject of inquiry than whether he has earned a particular label.

Based upon what we have seen, Tutu became visibly agitated by any reference to continuing Jewish exceptionalism – a curious stance for a Christian clergyman claiming an expert’s familiarity with the Old Testament. And he often made derisive comments about Jews like those he made in an open letter to the United Methodist Conference in 2012 in support of a proposed resolution calling for the church to divest from companies “that sustain Israel’s occupation”:

Hebrews …oppressed as slaves in another land…who as time moved on…disobeyed [G-d] and time and time again the prophets had to call them back to their deepest values. But [G-d], who is the same yesterday, today and forever, neither slumbers nor sleeps. Prophetic voices have been calling this empowered people who were once oppressed and killed, to their deepest values of justice and compassion, but they have refused to listen even to the most reasonable voices. The human community cannot be silent in the face of the gross injustice being meted out to the people of Palestine. If international courts and government refuse to deal with this matter, we in the churches and in the rest of civil society really have no choice but to act in small ways and big ways.


After declaring war on today’s Jews he went on to challenge any notion of uniqueness to the Holocaust in human history, and to question the legitimacy of the Jewish state:

The Jewish Holocaust, engineered and implemented primarily by Europeans, gave some ideologues within the Jewish and Christian community an excuse to implement plans that were in the making for at least 50 years, under the rubric of exceptional Jewish security. In this way began the immense oppression of the Palestinian people, who were not at all involved in the Holocaust. Not only is this group of people being oppressed more than the apartheid ideologues could ever dream about in South Africa, their very identity and history are being denied and obfuscated. What is worse, is that Europe and the USA are refusing to take responsibility for their actions with regard to both the Holocaust and the over- empowering of the Israelis, their disregard for the international conventions and regulatory framework of the nuclear industry and their continued oppression of the Palestinian people.

Significantly, we were not able to locate any statements in which he clearly acknowledged the undeniable historicity of the Jews’ connection to all of the land of Israel, their being periodically dislodged by others and the murderous Arab attempts to drive them into the sea. Nor has he been heard to acknowledge the assistance the Mufti of Jerusalem provided to Hitler’s Final Solution or the continuing Palestinian terrorism that triggers the Israeli counter-measures about which he rails in grossly exaggerated fashion.

Does all of this portray a person who has an intense problem with Jews? Seems compellingly so. But on rare occasion he has also alluded to Israel’s right to exist as a state, and called upon the Arab world to recognize it as such. He has also been heard to laud Jewish support for the fight against apartheid in South Africa and to lament Jewish suffering in the Holocaust.

So putting semantics and intent aside, there can be no doubt but that Tutu, in his professional lifetime, contributed mightily to the growth of antisemitism. Tutu’s great celebrity gained from his heroic role in the fight against apartheid in South Africa and subsequently being awarded the Nobel Peace Prize, invested him with a special cachet which induced people to take what he had to say more seriously than they ordinarily would have on the merits. So he was able to persuade many that his opposition to Israel was part and parcel of his self-proclaimed universal human rights agenda.

The statement on Tutu’s death put out by one of the leading BDS organizations, the Palestinian BDS National Committee, says it all. Here are some pertinent excerpts:

Archbishop Desmond Tutu’s early endorsement of BDS, months after the movement was launched in 2005 by the largest coalition in Palestinian society, and his unique contribution – public and private – to BDS campaigns gave the movement a massive morale boost and convinced many other influential figures worldwide to follow suit.

He once quipped to a BDS activist, “You are going much faster than us in seeking your own full menu of rights. It must be the internet! But your struggle will be harder than ours, as Israel’s apartheid is even worse than South Africa’s. We never had F-16s bomb our Bantustans killing hundreds of our children. Remember that.”

If we learn anything from the Tutu experience, it should be that we must be wary about whom we empower in the public arena. So shame on those Jewish organizations that gave him a public platform on the basis of those of his achievements that may have appeared positive. He had some very serious baggage, too. 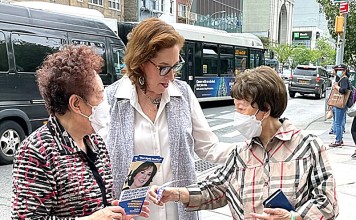 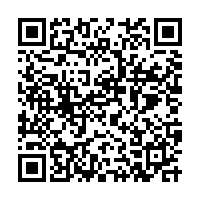