During a special session held in the Knesset Plenum on Tuesday to mark National Awareness Week for Coping with Drugs and Alcohol, MK Simon Davidson (Yesh Atid) revealed, for the first time, that his father, a respected physician, is a recovering alcoholic.

“There are more than 100,000 alcoholics in the State of Israel. They are transparent people we don’t know are alcoholics: doctors, lawyers, high-tech workers, and also poor people on the streets,” MK Davidson told the plenum. “My father was one of these people. My father was a very famous anesthesiologist in the central part of the country, the deputy director of Hillel Yaffe Medical Center. A very respectable, well-to-do, educated man. And my father fell into alcohol and fell very hard. My parents were divorced as a result, and it was a very tough time.”


Simon Davidson used to be chairman of the Israel Swimming Association and member of the Olympic Committee of Israel. the Yesh Atid party and was placed twenty-second on its list for the March 2021 elections. Although the party won only seventeen seats, Davidson entered the Knesset in July 2021 as a replacement for Idan Roll, who resigned his seat under the Norwegian law after being appointed Deputy Minister of Foreign Affairs. Davidson was born in Vilnius, Lithuania, in 1970. Two years later his family immigrated to Israel.

“I remember nights when I’d have to break into my father’s home, Dr. Davidson, a man everyone knew, to pick him up from the floor, wash him, clean him up, and spend the night making sure he didn’t drink. But he would hide the alcohol in places you wouldn’t imagine: under the sink, in the toilet tank; and you won’t think he’s drinking, but two hours later you realize he drank again, that he is drunk again; that he can’t stay on his feet.

“This went on for a year or two, and one day I got a call from a swimmer I was training at the time. She said to me: ‘I have to talk to you. Something terrible has happened. You have to come to [a certain] street.’ This was in Netanya. My father fell, and an ambulance arrived. While in the ambulance, he stole a bottle of white spirit, drank from it, and got terrible stomach poisoning. He was hospitalized. I decided that I was not going to let this continue, so I tied him up and entered him into a six-month rehabilitation program at an amazing [treatment center] in Ramat Gan that has since closed, unfortunately. You have no idea how many more of these places we need in the State of Israel to save these people.

“I am telling you this not because I’m ashamed of him, but because I’m proud of him for being 15 years sober. He visits schools, once a week, and tells the students the story of his life, not the story of a homeless man from the street, but the story of a prominent physician; a man who lacked for nothing. He goes and helps people. If I hear of such cases, I get them in touch with my father and he helps them because that’s the way to help himself. 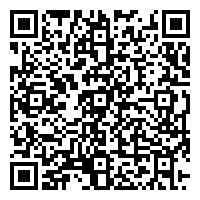