A number of leading Democrats in the House and Senate, including some erstwhile supporters of Israel, sent letters to Prime Minister Benjamin Netanayahu and Deputy Prime Minister Benny Gantz decrying what they say is an abandonment of the longtime U.S. goal of a negotiated “two-state solution” between Israel and the Palestinians as the only way to achieve peace.


They warn that annexation will strain relations between the U.S. and Israel. Arab spokesmen, Palestinian leaders, and EU officials are claiming that a Palestinian state will be rendered impossible if Israel gets what it wants without negotiations.

As a matter of logic, the Democrats’ position is hard to fathom. It’s the American government that proposed annexation. But the Resistance has advanced stranger arguments in the past.

More perplexing is the position of Arab spokesmen since the very same Trump Plan that envisions annexation explicitly calls for the establishment of a Palestinian state on non-settlement West Bank land currently administered by the PA but under the overall control of Israel.

In fact, Israel’s commitment to negotiations with the Palestinians to bring this about is a condition for continued American support for annexation. To be sure, they may not like the idea that they have no leverage over Israel regarding settlement areas, but that ship has already sailed.

Interestingly, all the annexation critics conveniently neglect to note that the Trump proposal effectively reflects President Obama’s insistence that “the borders of Israel and Palestine should be based on the 1967 lines with mutually agreed swaps.” (The 1967 lines refers to the 1949 armistice lines.) The only difference is that Trump seems to be taking Israel’s side while Obama seemed to take the Palestinians’ side.

By setting the starting point at a time when Jordan controlled the disputed lands, Obama placed the Palestinians in the catbird seat with presumptive rights and ignored Israel’s Biblical and historical claims. Israel was relegated to the role of a petitioner seeking alms from the Palestinians despite the lopsided military situation in Israel’s favor. Yet, none of the annexation opponents said a word about the Obama affront to Israel. Indeed, some of them applauded Obama at the time.

So let’s not agonize about the plight of the Palestinians. If they want to move forward, the road is clear.

Finally, if anyone thinks annexation is short-sighted and would effectively end Israel’s growing relations with parts of the Arab world, we would suggest, as required reading, a remarkable op-ed by United Arab Emirates’s ambassador to the U.S., Yousef Al Otaiba, in Yediot Aharonot.

Although he echoes the warnings of diplomatic setbacks and violent reactions, he also paints an almost idyllic picture of what Israel and its Arab neighbors have to offer each other, suggesting that the opportunity of future cooperation would be a terrible thing to squander.

Nation-states act according to their perceptions of national interest. One cannot read Al Otaiba’s piece without appreciating that his real message is that the die is already cast for future relations between Israel and the Arab world, especially in a region where a predatory Iran seeks to dominate.

It is not for nothing that, according to The Jerusalem Post, several Palestinian factions, including Hamas and Palestinian Islamic Jihad, strongly condemned Al Otaiba’s statements, accusing him of “beseeching” Israel to normalize its relations with the Arab states.

Of course we are reminded of President Reagan’s admonition to “trust but also verify.” But it seems that, for now, annexation will not be the problem some say it will be. 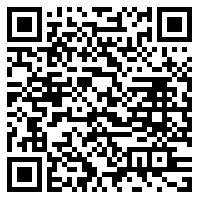