Boston and Dallas have one each. New York City has not one, but two Malcolm X boulevards, along with a playground. Washington D.C. has Malcolm X Avenue. The Los Angeles City Council renamed the intersection near the Bilal Islamic Center, Malcolm X Way.


These are a few of the hundreds of streets, schools, and assorted other civic infrastructure named after the black supremacist leader who worked together with the KKK and the American Nazi Party.

“I sat at the table myself with the heads of the Ku Klux Klan,” Malcolm X later admitted.

There’s a Malcolm X statue in Harlem, and the racist leader’s family home in Omaha is listed by the Park Service in the National Register of Historic Places even though he became famous preaching the Nation of Islam’s theology that white people are devils created by a mad scientist and would be killed by UFOs.

The Postal Service even came out with a stamp for a racial separatist who campaigned for a separate black country, and against racial intermarriage.

“Check up on these integration leaders, and you will find that most of them are either married to or hooked up with some white woman,” Malcolm X ranted.  “No black person married to a white person can speak for me!”

These racist beliefs made Malcolm X a natural ally of the KKK in fighting against civil rights.

In 1961, Malcolm X met with members of the Klu Klux Klan in Atlanta to work together on an alliance against the civil rights movement. The meeting was the result of secret diplomacy between Nation of Islam leader Elijah Muhammad and Klan leader J.B. Stoner who would later be convicted of the bombing of the Bethel Baptist Church in Birmingham. While Muhammad and Stoner put on a public show of attacking each other to increase their stature, behind the scenes the NOI and KKK were allies.

Even as Klansmen bombed black churches like Bethel, they would leave the NOI’s mosques alone.

While Malcolm X would later blame this “conspiracy” on Elijah Muhammad, the NOI leader, the former Malcolm Little was a child of Marcus Garvey’s Universal Negro Improvement Association (UNIA) which had previously allied with the Klan and praised Hitler.

“Between the Klu Klux Klan and the NAACP group, give me the Klan,” Garvey had once said.

Alliances between white supremacists and black supremacists would continue under Louis Farrakhan’s leadership of the Nation of Islam. These racist alliances now date back for at least a century.

Malcolm X and his Klan counterparts both agreed that there was a superior race that would defeat the inferior race. They both saw integrationists as their enemies and blamed the Jews for everything.

“The Jew is behind the integration movement, using the Negro as a tool,” Malcolm X told the KKK.

The man now honored as a civil rights leader also suggested that the Klan kill white civil rights activists, or as Malcolm X called them, “traitors who assisted integration leaders”

The murders of Chaney, Goodman, and Schwerner came three years later. Viola Liuzzo was killed the year after that. By then, Malcolm X had joined her as a casualty of his former hate group.

The great historical irony is that a black nationalist ally of the Klan who had fought the civil rights movement and encouraged the murders of men like Chaney and Goodman has become a definitive civil rights figure, while Rabbi Abraham Joshua Heschel’s march with MLK is airbrushed out of movies.

Malcolm X had never made any secret of his rabid anti-Semitism.

“Jews run the country,” he once declared.

While Malcolm X’s meeting with the KKK was briefly kept secret (though at least one of Little’s fellow Nation of Islam ministers had participated in a Klan rally), his flirtation with the American Nazi Party became very public that same year when Malcolm X delivered a racial separatist speech to an audience that included George Lincoln Rockwell and other members of his American Nazi Party.

Malcolm X introduced George Lincoln Rockwell, the leader of the American Nazi Party, on stage, led a round of applause for the Neo-Nazi leader, and called him, “Mr. Rockwell.”

Behind the scenes, the NOI and ANP had worked out an agreement of “mutual assistance”.

Some will protest that Malcolm X rejected his racist views when he traded in the Nation of Islam and adopted mainstream Islam. And yet we are told that we must judge every historical figure, every statue and street name now being denounced as racist, for their worst moments, not their best ones.

There is an obvious hypocrisy in allowing Malcolm X to grow, but not any American historical figure.

Malcolm X did change, but he didn’t stop being a bigot. Instead he shifted from a racist and religious bigotry to an exclusively religious bigotry. The new Malcolm X could accept the men with blue eyes whom he saw while performing his pilgrimage to Mecca as long as they shared his Islamic religion.

As Andrew Bostom, the historian and author of The Legacy of Islamic Antisemitism notes, during his pilgrimage, Malcolm X paid a visit to Hitler’s Mufti, who had lobbied Hitler to kill Jews, and met up with current leaders of the PLO, including Ahmed Shukeiri, who had called for throwing the Jews in the sea.

The year was 1964 and the PLO was not fighting to conquer the West Bank and Gaza, which had been seized by the Arabs in 1948, it was fighting to wipe out the Jews. “Those who survive will remain in Palestine, but I estimate that none of them will survive,” Shukeri would later warn Israeli Jews.

Malcolm X had gone from bonding with the KKK over their mutual anti-Semitism to bonding with a new bunch of Nazis over the mass murder of Jews.

Malcolm X’s visit to Gaza took place under Egyptian hegemony, Shukeri was a Nasser puppet, and the civil rights leader was studying his new “moderate” Islam under the auspices of a totalitarian regime that was repressing Coptic Christians and plotting to kill millions of Jews.

The newly tolerant Malcolm X accused “Israeli Zionists” of practicing colonialism in Africa under the authority of their “Jewish prophets” and their “Jewish God”. Like so many other antisemites, Malcolm X easily transmuted his old denunciations of Jewish financial dominance into Zionist financial control.

As a Nation of Islam member, Malcolm X had defended the hate group’s anti-Semitism by denouncing the “Jews who have been guilty of exploiting the black people in this country, economically.” As an Islamist, he raved that, “the number one weapon of 20th century imperialism is zionist dollarism, and one of the main bases for this weapon is Zionist Israel.”

Meanwhile just about every Islamist was controlling Malcolm X. Not only did Malcolm X study at Al Azhar University, the fountainhead of ugly Islamist bigotry, but the head of Saudi Arabia’s Muslim World League and Muslim Brotherhood leader Said Ramadan were all teaching Malcolm about Islam.

Malcolm X had gone from the KKK to the Islamist networks that would spawn Al Qaeda and ISIS.

After a plane crash, Malcolm X had celebrated the death toll and declaimed, “Why can’t Allah slay crackers for the so-called Negro?”

The PLO would begin a major rash of airline attacks in a few years that would inspire 9/11.

The new Malcolm X was really no different than the old Malcolm X. What both incarnations had wanted was a separatist Muslim state. The old Malcolm X had admired Muhammad Ahmad, the Islamic leader of the Mahdiist Islamic State, who had responded to British efforts to suppress slavery with a brutal campaign by former slave traders that defeated the British forces and enslaved their wives and children.

“Mahdiism has re-established the slave trade, which is now in full vigour, and almost all those slaves who were liberated in the Government days have been sold again as slaves,” Father Joseph Ohrwalder, a captured missionary documented while noting the booming demand for “black” slaves.

Malcolm X’s enthusiasm for a jihad for slavery might seem improbable, but so would his alliance with Nazis and the Klan. It was always tyranny, bigotry and repression that captured his imagination.

The former Little was drawn to Sudan, the gateway of the trade in African slaves to the Arab lands, and the launching pad for Islamist efforts to colonize Africa. While great efforts have been taken to portray Malcolm X’s conversion to Islam as an enlightening revelation of racial tolerance, the former racist had just signed on with an international theocratic movement that was beginning a global jihadist campaign.

Should American streets, schools, playgrounds and libraries be named after such a man?

If we are going to question the legitimacy of statues of everyone from Columbus to Jefferson, what possible reason could there be for leaving in place the legacy of a Klan ally and a vicious racist?

Celebrating Malcolm X shows that this is not about racism or slavery. It’s about racial supremacism.

You can ally with the KKK, party with the Nazis, and romanticize Islamic slavery as long as you’re a black nationalist. The Democrats, and their legion of corporate and media allies, can falsely claim that this is about racism. But it’s about the same racial supremacism that led Malcolm X to make common cause with the Nazis and the KKK. And then to study Islam with the murderers of Christians and Jews.

If they want to tear down statues of racists, then there’s one statue in Harlem they can start with 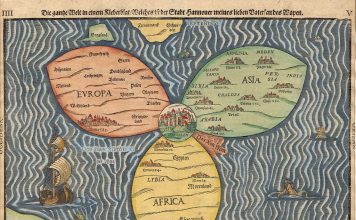 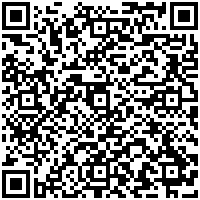