While the personal relationship between President Obama and Prime Minister Netanyahu thankfully seems to have taken a turn for the better, and on several issues they had a meeting of the minds – it seemed almost like a minuet – there is no escaping the reality that sharp policy differences remain on some fundamental issues.

Thus, for example, both spoke of Israel’s right, as a sovereign nation, to make its own decisions regarding its security. Both also spoke of the unacceptability of a nuclear Iran, and that military action to thwart it was on the table. Yet differences emerged – differences that should not be attributed to some nefarious design on the part of Mr. Obama.


There is no escaping the reality that there are different facts of life for the United States and Israel in terms of the threat posed by Iran’s nuclear program. Because the U.S. has an enormously greater military capacity than Israel, each country has a different calculus as to when resort to military force becomes urgent. This has come to be known as the “zone of immunity” issue – that is, when exactly will it become impossible to destroy Iranian nuclear facilities? Further, in the long run, the U.S. would have more time than Israel to respond to an Iranian nuclear attack, which gives this country more of an edge when it comes to deterrence.

The U.S. obviously has a greater window than Israel, but Israel maintains that it cannot cede to America responsibility to act thwart Iranian nuclear designs. This is obviously a legitimate dilemma for both countries: The U.S. cannot precipitate a premature, and possibly unnecessary, war, while for Israel there can never be a guarantee that President Obama may not change his mind based on the exigencies of the moment.

Thus, separate and apart from the personalities of the players, the U.S. and Israel are driven by different dynamics.

There is, however, something to note in President Obama’s speech to AIPAC regarding the peace process between Israel and the Palestinians. After recounting his list of pro-Israel security initiatives he said that “there are those who question not my security and diplomatic commitments, but my administration’s ongoing pursuit of peace between Israelis and Palestinians. So let me say this: I make no apologies for pursuing peace.”

This week’s interchange between President Obama and Prime Minister Netanyahu was focused on Iran. But one wonders whether the president’s endorsement of Israel’s sovereign right to make decisions extends to determining its own borders. 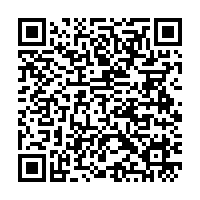