A news report about some comments the Saudi Arabian Foreign Minister made about the Abraham Accords caught our eye last week. Thus, Prince Faisal bin Farhan Al Saud, seemed to say, as headlined in the Jerusalem Post, that Palestinian statehood came before the Abraham Accords between Arab states. A little disconcerting for us. But then we read past the headline and were surprised.

We suspect that many shared our initial concern that Arab countries that signed onto the 2020 Abraham Accords could still be peeled away in the face of criticism from their erstwhile colleagues in the anti-Israel front. On the one hand, we felt that the decision to join reflected a hard judgment that their economic and technological futures lay with an Israel seemingly on the road to ever greater heights of achievement in virtually all fields of human endeavor. And this is to say nothing about Israel’s fearsome military strength that loomed large in an area which a predatory Iran seeks as part of a sphere of influence, if not outright domination. Yet, we also feared an overarching Palestinian cause that could always be expected to somehow continue in play.


So we took special notice of a headline that declared, “Saudi FM Praises Abraham Accords, Put Palestinian Statehood First.” After all, Saudi Arabia is not only a potential anchor for the Accords, it is also the leading Arab rival to Iran in the region. But here, according to the Post, is what the foreign minister actually said at a virtual conference of the Aspen Security Forum last Tuesday:

“We think, overall, the Abrahamic Accords have worked positively to spur engagement in the region, so in that sense, the decision by those countries [ie., United Arab Emirates, Bahrain, Morocco and Sudan] can be viewed positively.” He went on to add that the best way to build on the normalizations between Israel and Arab states in the past year would be “to find a path to solving the issue of the Palestinians and finding a path to a Palestinian state because that will deliver complete normalization.” Peace, he said,” is a strategic choice of the Arabs” that must be used to reach a comprehensive solution for the Palestinians.

Seems like he was suggesting that while resolving the Palestinian issue is an ultimate goal, it should not be allowed to halt progress towards normalization. And if there were any doubt on this score, when the foreign minister was asked directly if resolution of the Palestinian issue was a “precondition” for normalization, he ignored the question.

Encouraging, to say the least. 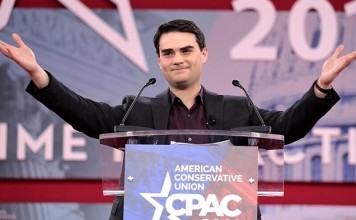