A Jewish group in Queensland, Australia, is advocating for outlawing displays of Nazi flags and for old laws to be updated following an uptick in anti-Semitism among the local Jewish community, reported the Brisbane Times.


“Of those Jews in Queensland who experienced anti-Semitism, half were either abused, harassed, intimidated or bullied simply because they are Jewish and, distressingly, many of these incidents occur in the workplace,” said Jason Steinberg, vice president of the Queensland Jewish Board of Deputies. “Fifteen percent of Queensland Jews also reported hate-fueled incidents that related to Israel and/or Zionism. We have also seen an increase in activity by white-supremacist, neo-Nazi and other far-right extremist groups whose members seem to act with impunity, as well as anti-Israel activists targeting local Jews.”

He called on Queensland to make it a criminal offense if someone’s behavior or published material was likely to intimidate others or incite harassment based on race, religion, sexuality or gender. He proposed penalties of up to 14 years in jail.

“The current law is 30 years old and is outdated,” he said. “We are also calling on the state government to ban the public display and sale of items that include Nazi symbols, such as the swastika, which are used by racists with impunity. This will empower the police to remove and confiscate these items and be a useful tool in countering the proliferation of extremist ideologies.”

Data gathered by the Executive Council of Australian Jewry showed that the number of anti-Semitic abuses reported in Queensland this year has already matched the total number of incidents from 2020, according to the Brisbane Times. 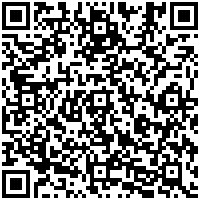