To put it mildly, GOP presidential hopeful Mitt Romney’s trip to Israel didn’t go over well with spokesmen for the Palestinians, the Obama administration and a number of columnists and commentators who echoed their criticisms.

The Palestinians were incensed by Gov. Romney’s failure to meet with Palestinian Authority President Mahmoud Abbas, as well as his reference to Jerusalem as the capital of Israel and his blaming “Palestinian culture” for the dismal state of Palestinian economic development without mentioning the impact of Israeli occupation. They also resented his praising of Israel’s culture as a basis for its remarkable economic progress.

We can well understand that the Palestinians would rail against the Romney snub. But didn’t the president of the United States travel to Cairo to announce his game-changing outreach to the Muslim world and pointedly fail to visit nearby Israel?

As for the issue of Jerusalem, haven’t we all heard just about enough of the mantra that the Palestinians expect to get Jerusalem or part of it as the capital of a Palestinian state? But based on what? The UN Mandate declared all of Jerusalem to be an international city and it was only the 1948 invasion by Arab states that upset that plan as Jordan seized much of the city. Why is Arab conquest in a war of aggression more legitimate than Israel’s seizure in a war of self-defense?

And the Palestinian economy? The Palestinians pretty much share the same culture found among the various sovereign Arab states. Is any one of them a model of systemic growth? Where would they all be without the benefit of the ultimately artificial factor of oil? Aren’t they all characterized by economically and politically debilitating corruption? Why is it that not one of them has developed into a democracy? Are they all ruled by autocratic kings and dictators because Israel builds a few houses in Judea and Samaria and defends itself against murderous Palestinian thugs?

The Jerusalem Post reported Monday that folks in the White House were “scratching their heads” trying to figure out Mr. Romney’s Jerusalem remarks. In a speech on Sunday Romney said, “It is a deeply moving experience to be in Jerusalem, the capital of Israel.” And in an interview a short time later with CNN he said, “My understanding is the policy of our nation has been a desire to move our embassy ultimately to the capital. That is something which I would agree with. But I would only want to do so and to select the timing in accordance with the government of Israel.”

On Tuesday, White House spokesman Josh Earnest said of Romney’s comments, “Well, our view is that that’s a different position than this administration holds. It’s the view of this administration that the capital is something that should be determined in final status negotiations between the parties.”

He added, “I’d remind you that that’s the position that’s been held by previous administrations, both Democratic and Republican. So if Mr. Romney disagrees with that position, he’s also disagreeing with the position that was taken by Presidents Bill Clinton and Ronald Reagan.”

To be sure, Presidents Clinton and George W. Bush invoked a “national security waiver” to postpone the move, though by its terms the waiver only applied to penalties for not moving the embassy, not the requirement to move the embassy. The waiver had to be renewed every six months, which both did. However, President Bush inserted language in his waiver statements over eight years which stated: My administration remains committed to beginning the process of moving our embassy to Jerusalem.” President Obama, who has also issued waivers every six months, dropped that sentence each time. 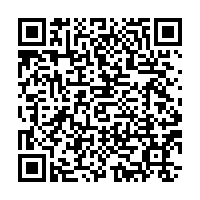