The Online Hate Prevention Institute (OHPI) on Wednesday released a report documenting extensive anti-Semitism and racial hatred on YouTube, prompting the popular video-sharing website to close the account of the most egregious culprit.

The report, which seeks to address the lacunae in online regulation of hate speech, highlights how one one user uploaded 1,710 videos in a single day – the vast majority (87%) of which consisted of blatant hate speech. A substantial number of the videos concerned Holocaust denial and defense of Holocaust deniers. Some videos accused Jews and Israel of masterminding the September 11 terrorist attacks. YouTube closed the user’s account within 24 hours of receiving an advanced copy of OHPI’s report.


Although encouraged that YouTube took the necessary corrective measures, OHPI expressed concern that it took the impending release of the report to prompt YouTube to close the account. OHPI’s CEO, Dr Andre Oboler: “YouTube must be commended for its speedy response to OHPI’s report, but it is concerning that such hateful content, and in such volume in a single account, was able to remain on the YouTube site for over a month without triggering internal warnings.”

More specifically, the report reveals that one video was flagged multiple times within a few days of being uploaded, and that YouTube was notified by e-mail of both this video and the account more generally by a Jewish community organization – the Executive Council of Australian Jewry – within the first week of the video’s upload.

The report recommends “greater sanctions both by the state and by the platform provider” when such grave violations occur, suggesting that “a comparison can be drawn to copyright law, where commercial scale can tip the matter from a civil action into a criminal offence.”

OHPI was established in January 2012 in Victoria, Australia for the purpose of combating online hate and facilitating a change in online culture 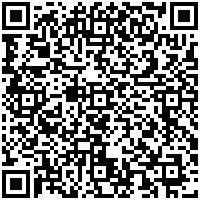