From the get-go, we were convinced that, for all the earnest posturing, the legal battles over subpoenas for tax and other financial records between President Trump and Congressman Jerrold Nadler and co. and Manhattan DA Cyrus Vance, Jr. were really part of efforts to seek political advantage.

Nadler and company had claimed they were entitled to any information they wanted from the president because Congress was constitutionally empowered to secure evidence that might inform them as to the need for remedial legislation. Vance claimed the right to any and all information he wanted from the president that might be related to a criminal investigation he was pursuing.


For his part, Trump claimed he was constitutionally insulated from providing the information because, otherwise, he would regularly be vulnerable to harassment by Congress and/or local district attorneys.

Aside from the politics of the matter, this clash was of fundamental importance to our system of government because each asserted position enjoyed presumptive plausibility under the Constitution. And in two decisions last week, the Court said neither side’s power was absolute and conflicts would have to be worked out on a case-by-case basis, and ultimately in the courts, if no agreement was arrived at. The Court also provided the relevant issues that had to be addressed as to particular requests for information.

Those media reports that President Trump lost because his claims of absolute immunity were denied are just wrong because they ignored the fact that Congress and Vance had also asserted absolute rights to the information and they were also turned back. In fact, both of the cases were sent back to the lower courts so that the particulars could be hammered out within the guidelines the Court provided.

However, in addition to providing a path forward, the Court also displayed a rare but refreshing acknowledgement of the political context. Thus, Chief Justice John Roberts, in his opinion for the court majority in the Vance case, said this of the powers of a president over personal information in his possession:

Although not entitled to absolute immunity, a President may avail himself of the same protections available to every other citizen, including the right to challenge the subpoena on any grounds permitted by state law, which usually include bad faith and undue burden or breadth. When the President invokes such protections, “the high respect that is owed to the office of the Chief Executive…should inform the conduct of the entire proceeding….” In addition, a President can raise subpoena-specific constitutional challenges in either a state or federal forum…. He can challenge the subpoena as an attempt to influence the performance of his official duties, or argue that compliance with a particular subpoena would impede his constitutional duties.

But Roberts also recognized the likelihood that state prosecutors may have political motivations and quoted from Justice Samuel J. Alito, Jr.’s dissent:

As for the potential use of subpoenas to harass, we need not exhibit a naiveté from which ordinary citizens are free. As we have recognized, a President is an easily identifiable target. There are more than 2,300 local prosecutors and district attorneys in the country. Many local prosecutors are elected, and many prosecutors have ambitions for higher elected office…. If a sitting President is intensely unpopular in particular district – and that is a common condition – targeting the President may be an alluring and effective electoral strategy. (emphasis added and internal citations and quote marks omitted)

Surely readers will recall Vance’s serious political problems at the time he picked his fight with Trump. Indeed, Vance’s reelection was in serious doubt. And certainly Manhattan continues as a hotbed of anti-Trump ferment.

Significantly, Roberts said the case in its present posture centered on the issue of absolute immunity and he said the case had to go back to the trial court (the district court) “where the President may raise further arguments as appropriate.” So the Trump-Vance case is far from over.

Similarly, in the Trump-Nadler contest, Nadler claimed there were no limits on Congressional power to subpoena the president’s personal records in pursuit of a possible legislation-related purpose. Yet Roberts, who wrote the Court’s opinion in this case as well, pointed out:

“Any personal paper possessed by a President could potentially ‘relate to’ a conceivable subject of legislation, for Congress has broad legislative powers that touch on a vast number of subjects.”

And this was too much for Roberts and the Court: “Without limits on subpoena powers, Congress could ‘exert an imperious control’ over the Executive Branch and aggrandize itself at the President’s expense.”

Pointedly, Roberts repeated the sentiment he voiced in the Vance case as to the political dimension: “We would have to be blind not to see what all others can see and understand – that the subpoenas do not represent a run of the mill legislative effort but rather a clash between rival branches of government over records of intense political interest for all involved.”

So Roberts set exacting requirements here too that had to be met when subpoenaing a president, perhaps the most important of which being that the need for the information from the president as opposed to anyone else be carefully detailed and that the president not merely serve as a “case study.”

But the bottom line for Roberts and the Court is also that Congress cannot simply invoke its general power to legislate in order to secure any information it wants:

“[B]urdens imposed by a congressional subpoena should be carefully scrutinized, for they stem from a rival political branch that has an ongoing relationship with the President and incentives to use subpoenas for institutional advantage.”

The Mazur case was sent back to the lower courts because “the courts below [that ruled against President Trump] did not take adequate account of those concerns.” 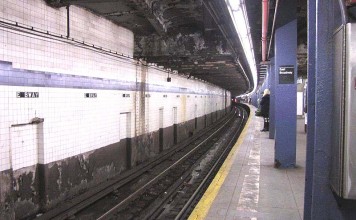 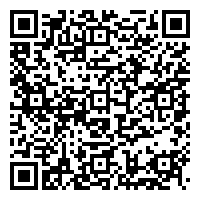