Last week, the U.S. Supreme Court ruled that federal employment discrimination laws do not apply to teachers at church-run schools whose duties include religious instruction. Justice Samuel J. Alito, Jr., writing for the majority, said the First Amendment’s protection of religious freedom forbids judges from interfering in the internal workings of religious institutions:

When a school with a religious mission entrusts a teacher with the responsibility of educating and forming students in the faith, judicial intervention into disputes between the school and the teacher threatens the school’s independence in a way that the First Amendment does not allow.

Alito buttressed his ruling giving a wide berth to the definition of “minister” with a specific reference to the amicus curiae brief written by noted Supreme Court litigator Nathan Lewin and submitted by COLPA, the National Jewish Commission on Law and Public Affairs on behalf of several national Orthodox Jewish organizations.


He said the Jewish organizational brief “makes the point that ‘Judaism has many ‘ministers’” that is, “the term ‘minister’ encompasses an extensive breadth of religious functionaries in Judaism.”

It is enormously important that religious employers be free to make employment decisions they deem compatible with their religious mission. Indeed, the idea that children learn by example is an eminently valid and traditional one. Unfortunately, the New York Times reports that many are viewing this decision as a setback for LGBT workers instead of vital protection for religious freedom that it is. 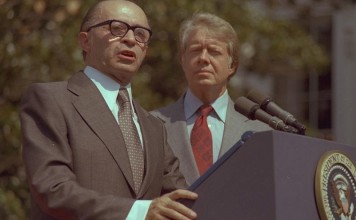