Prime Minister Benjamin Netanyahu introduced a new, updated economic plan on Wednesday evening designed to stimulate the grassroots sector of Israel’s economy while reassuring the citizenry through giving a boost to their coffers so they can go out and spend some money.

Yes, the prime minister wants Israelis to “go out and spend this money.”

That was what he said as he explained the nuts and bolts of this latest piece of the Coronavirus Economic Stimulus Plan that he and Finance Minister Israel Katz presented to the public Wednesday evening.

Here’s how it works:

“We have to get the economy moving,” Netanyahu explained. “People are sitting at home; they don’t buy anything.

“This money encourages consumption and employment, and it will move the wheels of the economy faster.”

“This money encourages consumption and employment and will move the wheels of the economy faster,” he said.

So what’s the catch? The catch is, the plan has not yet been approved by the coalition government. Nor has it received the official Knesset Plenum legislative stamp of approval.

That process could take weeks instead of days.

The Finance Minister echoed Netanyahu’s hopes that the coalition and Knesset members would support the plan, which he said will “pump funds rapidly into [the economy] without restrictions… I ask politicians to put politics aside and let us pass this. Give us your trust,” Katz said. 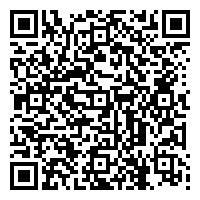