The dramatic decision by the U.S. Supreme Court late last Wednesday, temporarily blocking enforcement of Governor Andrew Cuomo’s limits on attendance at religious services to combat Covid-19, is a truly signal event. It is proof positive that President Donald Trump has delivered on his promise to appoint justices to the Supreme Court who hold traditional views on basic elements of the Constitution.

In May and July, the Supreme Court rejected virtually identical challenges by congregations to virtually identical state-imposed virus-related restrictions. The sole difference this time was the presence on the court of the conservative minded Trump-appointee Justice Amy Coney Barrett, who replaced the liberal-minded late Justice Ruth Bader Ginsberg.


Six months ago, the Supreme Court narrowly rejected challenges to virus-related restrictions on churches in California and Nevada which had argued that churches were prohibited from organizing gatherings in sizes permitted in commercial entities. In response, Chief Justice Roberts joined the court’s Democratic-appointed justices – Ginsberg, Breyer, Sotomayor, and Kagan – and stressed that the restrictions “exempt or treat more leniently only dissimilar activities, such as operating grocery stores, banks, and laundromats, in which people neither congregate in large groups nor remain in close proximity for extended periods.”

Roberts went on to write, “The precise question of when restrictions on particular social activities should be lifted during the pandemic is a dynamic and fact-intensive matter subject to reasonable disagreement,” but the Constitution principally assigns such judgments “to the politically accountable officials of the States…[who] should not be subject to second-guessing by an unelected federal judiciary which lacks the background, competence, and expertise to assess public health and is not accountable to the people.”

The four consistently conservative judges to that point – Justices Thomas, Alito, Gorsuch, and Kavanaugh – dissented, rejecting the distinction between in-person religious services and retail businesses and the notion that judges shouldn’t mix in:

California undoubtedly has a compelling interest in combating the spread of Covid-19 and protecting the health of its citizens, but it failed to justify the attendance limits for in-person religious services when a litany of other secular businesses…are not subject to an occupancy cap.

So the court turned back the challenge by a 5-4 vote on the grounds that courts were not competent to substitute their judgment on health matters for those of state officials. The dissenting justices, though, had no problem going there. And so, last week, Barrett joined Thomas, Alito, Gorsuch and Kavanaugh to form a 5-4 conservative majority that believes the courts can second-guess the state officials.

Illustrative is some of the back and forth by two of the justices. Gorsuch reiterated what he said six months ago: “It is time – past time – to make plain that, while the pandemic poses many grave challenges, there is no world in which the Constitution tolerates color-coded executive edicts that reopen liquor stores and bike shops but shutter churches, synagogues and mosques.”

Sotomayor, though, wrote: “Justices of this Court play a deadly game in second guessing the expert judgment of health officials about the environments in which a contagious virus, now infecting a million American each week, spread most easily.”

Same question presented, but this time Gorsuch was in the majority and Sotomayor was in the minority. So a tribute to Trump’s vision for the Barrett appointment.

Kudos also to Agudath Israel of America and Catholic Diocese of Brooklyn for bringing last week’s cases to the Supreme Court and to Avi Schick for his continuing first-rate advocacy and representation on our community’s behalf. 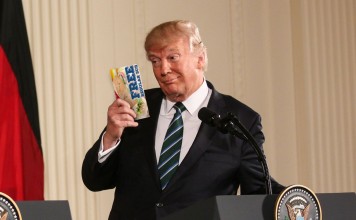