We fear the wrong lessons will be learned from the recent tragic events in Ferguson, Missouri, and Staten Island, New York.

The deaths of Michael Brown and Eric Garner at the hands of police officers presented opportunities to minimize the chances of such things happening again. President Obama and New York City’s mayor Bill de Blasio undoubtedly have a valid point when they say a conversation about race is needed in this country. But they also have to lead the charge in convincing members of minority communities that the primary issue is not the propriety of a particular grand jury proceeding or that some officers may be too quick on the trigger when dealing with black men (although both are obviously important).

And they need to acknowledge the statistical breakdown of police/civilian interactions as it applies to race. (They would also be doing a tremendous public service if they disassociated themselves from the cynical efforts of Rev. Al Sharpton to position himself at the head of a new civil rights movement.)

Despite its obvious relevance, few seem ready to discuss the elephant in the room: the fact that police officers, especially in urban areas, are far more likely to enter into confrontations with blacks than they are with whites. While the vast majority of blacks are law-abiding citizens, black males commit crimes of violence far out of proportion to their percentage of the population.

Here in New York, police officers since the early days of the Giuliani administration have been assigned to areas based on the occurrence of crime. Since black neighborhoods have significantly higher crime rates than white or mixed neighborhoods, a greater police presence is required to keep the peace and protect lawful residents. So it only stands to reason that there would be more incidents of police confrontation with black New Yorkers.

The fundamental principle in play, however, is statistical dynamics, not race.

Moreover, simply by dint of their responsibilities, police officers necessarily have to be accorded deference in the performance of their duties. It just does not work for a civilian to think about contending with a cop who has a gun and the legal authority to arrest him – even if the cop is wrong. It may rankle some, but how is it a wise course to physically resist or otherwise not submit to the authority of the officer?

Yes, this is a free country. But there’s an intrinsic relationship between freedom and safety. And when safety goes out the window, freedom soon follows. Simply recall how the runaway crime rate in New York in the 1970s and ‘80s imprisoned people in their homes and caused them to ride the subways and navigate city streets in a state of cold fear for their lives.

In the case of Eric Garner, local merchants called the police to arrest Mr. Garner for unlawfully selling untaxed cigarettes in front of their stores in competition with their own legal sale of cigarettes. Officers can reasonably be expected to subdue a lawbreaker by whatever means are necessary.

To be sure, one can argue that in an instance such as the Garner case, the means used were beyond what was necessary. But the officers plainly did not arbitrarily single Mr. Garner out from the general population pool in order to arrest him or cause his death. And the now-famous video of his confrontation with police shows several small- to medium-sized officers feverishly trying to subdue an unusually large man. And it is far from certain that police conduct here would have been any different had Mr. Garner been white. Plainly, it was the resistance that mattered, not the race of the resister. 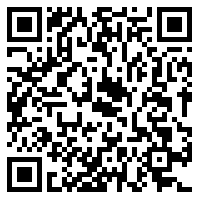