The High Court has rejected an attempt by Israeli Arab Knesset Member Hanin Zoabi of the Balad party to block the parliament from banning her activity.

One after another, the five-member panel of justices scored Zoabi for her claims that she backs non-violence. Zoabi clearly identifed with the Hamas kidnap-murderers of three yeshiva students in Gush Etzion in a broadcast interview on Radio Tel Aviv last June, before it was known that the boys had been murdered.


Zoabi was barred for six months from all Knesset activity other than voting in response to a flurry of complaints from her colleagues — including Knesset Speaker Yuli Edelstein — about a statement she made regarding the abduction and particularly brutal murder of Eyal Yifrach, Naftali Frenkel and Gilad Sha’ar  were not guilty of terrorism.

“Is it strange that people living under occupation and living impossible lives, in a situation where Israel kidnaps new prisoners every day, is it strange that they act this way? They are not terrorists. Even if I do not agree with them, they are people who do not see any way open to change their reality, and they are compelled to use means like these until Israel wakes up and sees the suffering, feels the suffering of the other.”

The complaints charging Zoabi with incitement led the Knesset Ethics Committee to ban Zoabi at the end of July from making speeches, submitting legal questions or initiating debates from the plenum or in committee for half a year. It was the maximum punishment the committee was allowed to impose.

On October 7 Zoabi tried to appeal the ruling in committee, calling it a violation of freedom of speech. That effort failed, and the ban was confirmed by the full plenum at the end of October.

However, Zoabi has still won a victory: despite breaking the laws of the state by repeatedly visiting enemy nations and participating in events clearly as an advocate for an enemy entity (the Palestinian Authority), Zoabi has yet to be charged with treason.

Moreover, despite her verbal support for an enemy during wartime in July – when Israel was facing impending conflict with the Hamas terrorist organization, as she obviously knew, being a privileged lawmaker – Zoabi is free.

Attorney General Yehuda Weinstein ruled in the current case that Zoabi’s statements in July did not constitute criminal incitement. 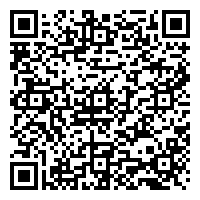