By any measure, Democratic presidential nominee Joe Biden came late to the game of condemning the continuing public violence around the country. Incredibly, neither he nor anyone else at the Democratic National Convention mentioned even one word about it. And Biden waited until this past Monday to call attention to it. Of course the issue was inordinately complicated for him and them.

For one thing, they were loathe to call attention to anything that might compromise the notion of masses of people getting together to voice their opposition to Donald Trump in the tried and true American way of peaceful protest. No amount of separating out the peaceful demonstrators from the bad guys could avoid all negative images – perhaps because the Democrats did such an effective job in trashing President Trump after he pointed out that there were “good people” in the midst of bad ones demonstrating in Charlottesville against taking down statues of historical figures.


No way violence could be mentioned in the same breath as the left’s pure call for racial justice. Especially because they knew that most everyone knew that the riots and violence were driven by notorious elements within Black Lives Matter and Antifa.

Nor would it have been convenient to criticize violence of any sort while the demonstrators thematically urged the “defunding” of the police – or the hapless Biden version of “reallocating” funds from police departments to social welfare programs – at the same time.

But above all there was a logical problem that bedeviled the former vice president and his minions. How could they blame Donald Trump for the lawlessness of those who were trying to bring him down?

But when Biden’s handlers began hearing from pollsters that an awful lot of Americans were concerned about the violence he announced:

Some questions for Biden: Why don’t you tell your followers to stop hanging out with the lawbreakers and giving them cover? Why don’t you lecture them about their not being concerned enough about those horrific scenes of buildings burning and the murders of cops and civilians? Maybe it’s time you told them to reconsider their priorities. Maybe it’s time you told them that a lot of us are beginning to think that they have become complicit in all of it.

We Must Be The Example For Our Children 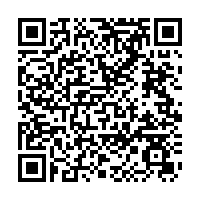