Democratic presidential nominee Hillary Clinton was sharply critical of her Republican counterpart, Donald Trump, for having described the Saturday explosions in New York City and New Jersey as “bombings” shortly after their occurrence.

Soon after his comments, Mrs. Clinton was asked by a reporter whether Mr. Trump had “jumped the gun” in labeling the explosion a bombing before investigators came up with more information. She said the reaction was emblematic of Mr. Trump’s rashness and lack of capacity for calm deliberation, which is why he is unsuited to be president of the United States. Mrs. Clinton’s remarks in this regard are disturbing, to say the least.


First, distinguishing between a “bomb” and other means setting off an explosion seems at best an irrelevant quibble. Especially in light of the significance that there was a confirmed bombing detonated hours earlier that day in Seaside Park, N.J., why would someone who is seeking to be the leader of the free world obsess on a fine verbal distinction? Indeed, the Merriam-Webster dictionary defines “bomb” as “a device that is designed to explode in order to injure or kill people or to damage or destroy property.” So one could rightly wonder what information Mr. Trump was missing when he spoke.

But there is something more unsettling. It seems that Mrs. Clinton referred to the episodes as “bombings” moments before Mr. Trump did. Thus, not only did she dissemble but she was aided and abetted by a CNN reporter who edited out her use of the “bomb” term.

This is part of what Mrs. Clinton told several reporters on Saturday night:

Mrs. Clinton: I’ve been briefed about the bombings in New York and New Jersey, and the attack in Minnesota. Obviously, we need to do everything we can to support our first responders, also pray for the victims. We have to let this investigation unfold. We’ve been in touch with various officials, including the mayor’s office in New York, to learn what they are discovering as they conduct this investigation. And I’ll have more to say about it when we actually know the facts.Reporter: Secretary Clinton, do you have any reaction to the fact that Donald Trump, immediately upon taking the stage tonight, called the explosion in New York a “bomb”…?

Mrs. Clinton: Well I think it’s important to know the facts about any incident like this. That’s why it’s critical to support the first responders, the investigators who are looking into it, trying to determine what did happen. I think it’s always wiser to wait until you have information before making conclusions because we are just in the beginning stages of trying to determine what happened.

Yet CNN’s Jake Tapper said this in an interview with New Jersey Governor Chris Christie:

[Mr. Trump] is being criticized for talking about the New York bomb before local officials or law enforcement had a chance to do so. He told the Colorado Springs crowd that “a bomb went off in New York, and nobody knows exactly what’s going on” – that’s really just a few minutes after the incident. And his opponent tried to draw a contrast. She waited hours later, until local officials spoke and then she said this:Clinton (clip): I think it’s important to know the facts about any incident like this. I think it’s always wiser to wait until you have information before making conclusions.

Incredibly, Mr. Tapper, in his attempt to draw a distinction between Mr. Trump and Mrs. Clinton on the issue, failed to include Mrs. Clinton’s use of the term “bombings.” And Mr. Tapper’s edited version of Mrs. Clinton’s comments got the most play in the media. 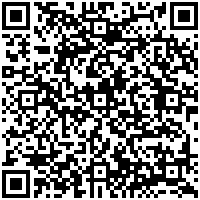