Barack Obama’s 2015 plan for addressing Iran’s nuclear weapons aspirations – the Joint Comprehensive Plan of Action or JCPOA – persists as a curious anomaly. At the time it was drawn up, few people offered full-throated support for it. Indeed, it was only adopted by virtue of President Obama’s deceptive but skillful parliamentary legerdemain and literal bribe of the Iranians, to the tune of billions of dollars.

Nevertheless, Obama was promptly hailed both in Democratic circles here and in European capitals for having at least come up with a workable solution to Iran’s nuclear weapons aspirations.

In contrast, President Trump was widely excoriated for pulling the U.S. out of the Iran deal in 2018. This, despite the enduring skepticism over JCPOA’s naïve inspection regime, the limited duration of any restraints on Iran, permission for Iran to freely develop its missile delivery systems, and lack of limitations on Iran’s role as the world’s chief financier of terrorism.

When Trump pulled out of the deal, economic sanctions against Iran resumed. And the current protests across Iran are directly attributable to them. The Iranians have suffered 18 months of ever-increasing, brutal sanctions that have brought about a virtual collapse of Iran’s economy, resulting in food shortages and skyrocketing prices. If you add in the populace’s resentment over the lack of political freedoms and the regime’s wanton use of young men as cannon fodder in support of its proxy wars, there is a certain toxic mix in play.

Trump and Secretary of State Mike Pompeo have not been bashful about what they want to achieve. They want to coerce Iran into a long-term, more verifiable and restrictive agreement limiting its nuclear and conventional weapons programs and its ability to support terrorism. The problem, though, is that given the political turmoil here and the uncompromising enmity the Democrats have for Trump, the Iranians may be betting on the president’s not remaining in office too much longer.

In all fairness to Obama, a mixture of sanctions and military threats forced Iran to JCPOA in the first place. However, at some point Obama just dropped the ball and made concession after concession that served to eviscerate the ultimate restrictions on Iran and economically empowered them, to boot. It was almost as if any deal were preferable to none at all – despite the fact that the possibility of military action was never taken off the table.

In a more perfect world, Trump’s stratagem would be deemed a supportable alternative to Obama’s. Our current political climate, however, apparently no longer allows for admitting obvious truths – even when the country’s security is at stake. 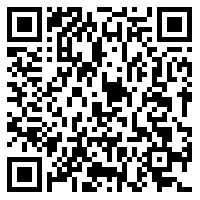