The disagreements between President Obama and Prime Minister Netanyahu over the West Bank and Jerusalem and policy toward Iran drove relations between their respective countries. Now, after the many steps forward of the Trump years on both fronts, we are sadly witnessing a return to the failed Obama nostrums under President Biden. Corrosive confrontations seem inevitable.

President Trump’s recognition of Jerusalem as the capital of Israel, the relocation of the U.S. Embassy in Israel from Tel Aviv to Jerusalem, and acknowledgement of the legitimacy of Israeli clams to the disputed territories was tectonic and led to the historic Abraham Accords breakthrough. Although dismissed as Trumpian hyperbole by Democrats, the “Deal of the Century” introduced a new way of thinking about the Israel/Palestinian conflict.


No longer would recalcitrant Palestinians be able to stymie progress with patently unrealistic territorial demands. A Palestinian state would no longer be a given, although it was still achievable. And until the Palestinians stopped engaging in terror or subsidizing it, they could forget about getting any U.S. economic aid.

With all that, Israel’s relations with the Arab world took a quantum leap towards regularity. We rather thought that this was the goal of American Middle East policy and hoped the Biden administration would embrace the Trump program despite its provenance, and build upon it.

But the Biden team had other plans. Although Biden initially spoke positively of parts of the Trump program, language in this year’s official annual report on global human rights once again – after a hiatus of years – spoke of Israeli “occupation” of West Bank land and a two-state solution and Palestinian Authority rights to sections of Jerusalem as givens.

In addition, in waves to a counterproductive Obama demand, one hears cautions from Biden and members of his administration that there should not be any settlement building. They have also announced that financial aid to the Palestinians is being resumed. All represent reversals of Trump policies. Happily, though, the report also acknowledged Israeli sovereignty over the Golan Heights, which the U.S. recognized in 2019.

So we seem fated to relive the failures of the Obama years, which were not only unproductive, but which also fed Palestinian recalcitrance.

Similarly with the Iranian nuclear issue: The Trump sanctions policy, Operation Maximum Pressure, seemed to have brought Iran to the point of economic collapse and acquiesce in the Trump demand that it accept a revised nuclear agreement with teeth and meaningful duration. The Biden victory last November will end all of that. After hearing a while back from Secretary of State Anton Blinken that the U.S. will require that Iran come to the negotiating table without preconditions and a strengthening and extension of the restrictions on Iran – the Iranians insist that all sanctions be eliminated as a precondition – it now seems the U.S. blinked and is willing to talk about an incentive involving reducing some of the sanctions.

But more troubling is what the Biden team is now saying about the goal of negotiations. A complete change from the Blinken formula was presented the other day by the U.S. Special Envoy for Iran, Rob Malley, in an interview with PBS. Malley spoke about a return to the 2015 deal, the Joint Comprehensive Plan of Action, without any additional elements that would make it “longer and stronger,” as Blinken had said.

Trump had pulled the U.S. out of JCPOA because he said, as written, it could not conceivably deter Iran’s nuclear weapons ambitions which posed serious risks to the U.S., but existential threats to nearby countries like Israel. But Obama agreed to compromises on the grounds, he said, that they might coax Iran back into the family of nations. But even he never denied that there were no serious problems with it.

So, in a word, Obama sold Israel and nearby Gulf states out for a pig in a poke. Yet Israel’s opposition to the JCPOA was understandably unflagging and non-negotiable. It can be expected to continue in all its vociferousness should the Biden Administration restore it.

With respect to the Palestinians and the JCPOA, Israel seems in for real fights with Biden. 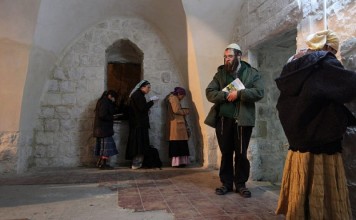 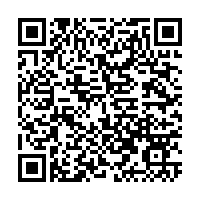