Critics of Attorney General William Barr’s speech to the Federalist Society last week, in which he lambasted the left’s relentless efforts to derail the Trump presidency, are missing perhaps its real significance. Barr is being challenged for what they say was advocacy for the Trump political agenda, a no-no for the head of the U.S. Department of Justice. Indeed, there are even growing calls for Barr’s impeachment.

However, we suggest that they would do better to remember Barr’s reputation for being one of the more savvy Washington hands for two decades. He is certainly no fool and presumably would never go too far out on a limb. Thus, when he goes public with unambiguous observations, we must assume that he has something serious in mind. Here is one such observation:


“Immediately after President Trump won election, opponents inaugurated what they called ‘The Resistance’ and they rallied around an explicit strategy of using every tool and maneuver to sabotage the function of the executive branch and his administration… waging a scorched earth, no-holds barred war of resistance against this administration. It is the left that is engaged in the systemic shredding of norms and undermining the rule of law.”

When contemplating whether Barr was rash in making these comments, consider the news reports that the investigation by the Department of Justice Inspector General Michael Horowitz into the origins of the DOJ and FBI probe into the 2016 Trump campaign has been completed and the release of a report is imminent. Consider also the news reports that, based on newly uncovered evidence, the related inquiry by U.S. Attorney John Durham has morphed from an administrative review into a criminal investigation.

Obviously, Barr has been made aware of what both have turned up, and the odds are that he is not just blowing smoke. His critics should calm down and contemplate the distinct possibility that our democracy has indeed been compromised by the “deep state” and the evidence of it is on the way. 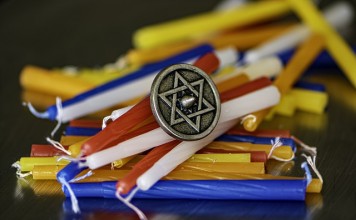