We were intrigued by the description of former President Barak Obama’s contentious relationship with Israel’s Prime Minister Benjamin Netanyahu in his new memoir. In A Promised Land, Obama laments that Netanyahu saw himself as “the chief defender of the Jewish people against calamity,” as a reaction to misunderstanding what he – Obama – was really about when it came to Israel.

Contrary to what Netanyahu thought, Obama says he would always have had Israel’s back and has deep roots in the Jewish community.


We will likely soon hear a sea of intense commentary on Obama’s account of his Middle East record. But our initial reaction is: On exactly what parallel universe has the former president been living? Put another way, exactly what didn’t Netanyahu get about Obama’s plans for the Middle East?

Didn’t Obama deliberately fail to veto a UN resolution condemning Israeli settlements – a first for an American president – just prior to Donald Trump succeeding him in office? Didn’t Obama tell the Arab world in his June 2009 Cairo speech – and everyone else for that matter – that he was going to reset America’s relations with the Muslim world?

True, he emphasized that the U.S. bond with Israel was “unbreakable,” but didn’t he also describe the situation of the Palestinians as “intolerable” after 60 years of statelessness? And didn’t he refer to “Palestine” as something in being, implying a parallel geopolitical status with Israel?

Yes, he said in the speech that the bond between the U.S. and Israel was “based upon cultural and historical ties, and the recognition that the aspiration for a Jewish homeland is rooted in a tragic history that cannot be denied.” But wasn’t the conspicuous omission of the usual mention of Israel as a special American strategic asset – which would have distinguished the Palestinians from Israel – a perfect segue into an era of American policy of Palestinian/Israel equivalency?

And what of his failure to mention that the Jewish people’s aspiration for a Jewish homeland is based on an immutable divine mandate that appears in the Bible, not just “tragic history”?

Didn’t Obama also declare to his Cairo audience that “the United States does not accept the legitimacy of continued Israeli settlements” and say that any negotiations on borders had to use the 1967 lines as a frame of reference, which would effectively ignore the results of the Six-Day War and Israel’s spectacular victory over several Arab nations? This when Israel rather thought that a more appropriate starting point – in sync with the way these sort of things were settled throughout history – would be the post-Six Day War lines.

And didn’t the biggest flashpoint with Netanyahu arise from Obama’s obsession with the Iran nuclear agreement that on its face had a shelf life of but 15 years, which would mean Iran would soon be free to pursue nuclear weapons. Did Obama think Netanyahu irrational to consider this as posing an existential threat to his country? Separate and apart from the fatally flawed inspection regime and failure to include prohibitions on Iran’s development of ballistic missiles, this issue alone gives the lie to Obama’s fantasies.

Obama’s thesis is more than just inaccurate. It is also insulting. 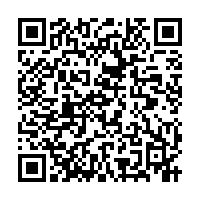